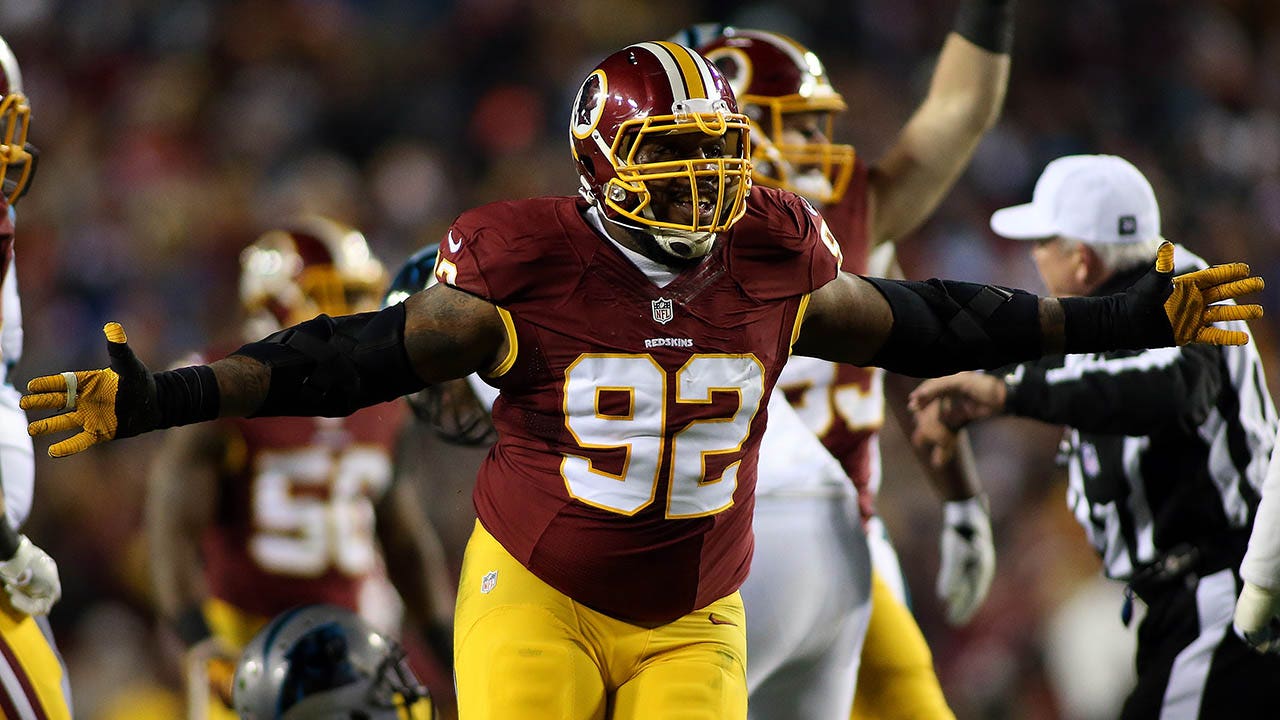 The 35-year-old required emergency surgery for the stroke, which his mother told TMZ Sports was «serious.»

«Tell your loved ones you love them my life almost ended 2 days [sic] ago,» Baker wrote in an expired Instagram Stories.

«I can’t believe I had a stroke,» she continued. «But God isn’t done with me yet.»

Baker suffered the stroke on Friday and had been connected to IV at the hospital.

His mother added that he is responding well and is expected to make a full recovery, calling it a «miracle.»

He went undrafted out of Hampton University in 2009 after previously playing at Penn State. He played one game for the Denver Broncos that year and one for the Miami Dolphins in 2010, but spent six seasons with Washington. He last played in the NFL in 2017 with the Tampa Bay Buccaneers.

Chris Baker #92 on the sideline during the game against the Arizona Cardinals at University of Phoenix Stadium on October 12, 2014 in Glendale, Arizona.
(Christian Petersen/Getty Images)

Dennis Schröder surprised by Lakers trade during live broadcast: ‘Oh no, hell no’

Dennis Schröder surprised by Lakers trade during live broadcast: ‘Oh no, hell no’