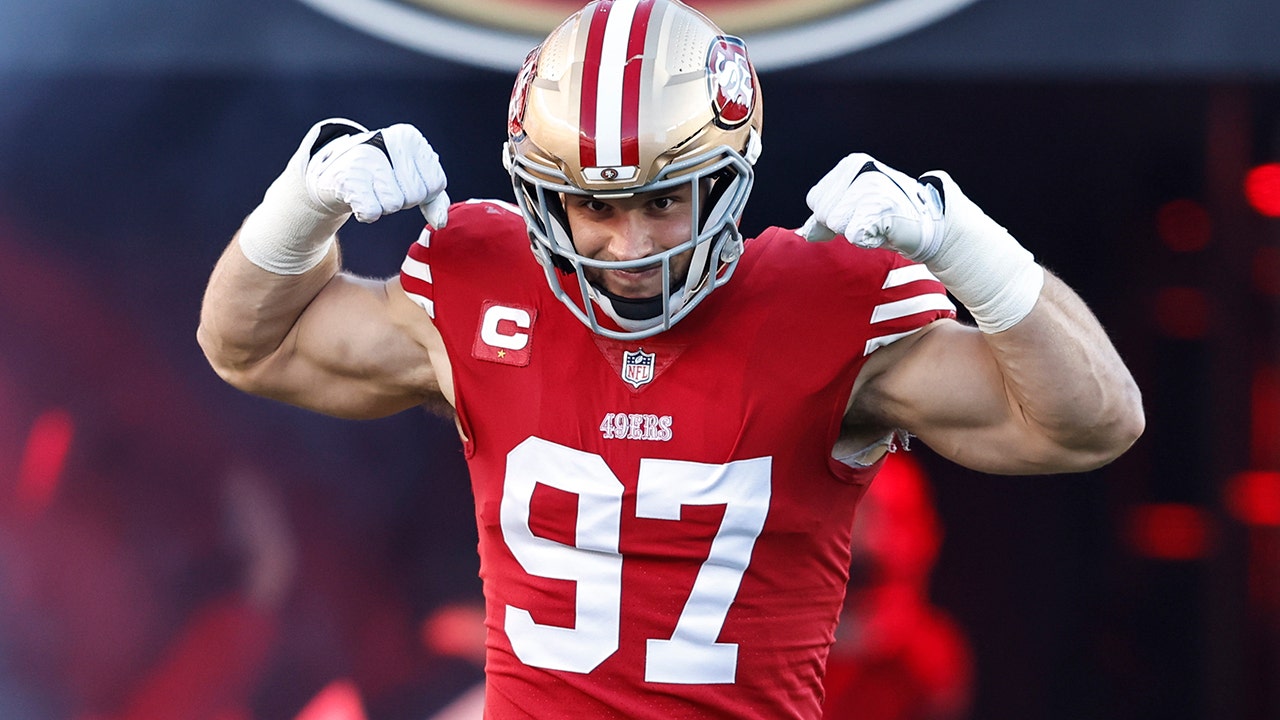 San Francisco 49ers defensive end Nick Bosa had a parting shot for the Dallas Cowboys following the team’s divisional round victory and a berth in the NFC Championship Game.

Bosa had two tackles, including one for loss in the 19-12 win. He also added a QB hit to his box score. The star defensive lineman took one more shot to the Cowboys after the game.

Bosa appeared to scoff at the recent string of postseason struggles plaguing the Cowboys. It’s the second straight season that Dallas has dropped out of the playoffs at the hands of San Francisco.

Dallas hasn’t reached the conference championship since the 1995 season. It’s also the last time the organization showed up and won. In those nearly 30 years, the team made the playoffs 11 times and was eliminated before the conference title game.

The Cowboys did it in dramatic fashion on Sunday.

Nick Bosa #97 of the San Francisco 49ers on the sideline during the NFC Divisional Playoff game against the Dallas Cowboys at Levi’s Stadium on January 22, 2023 in Santa Clara, California.
(Michael Zagaris/San Francisco 49ers/Getty Images)

Dak Prescott and the Cowboys needed a miracle from their own 24-yard line to even have a chance to tie the score. Running back Ezekiel Elliott was the center for Dallas and no other offensive linemen surrounded him. Instead, the linemen were spread wide on the left and right side of the line of scrimmage, and it was clear the Cowboys were going to try something crazy in their latest effort.

When Elliott got the ball (he was quickly run over by a 49ers pass rusher), Prescott took a quick drop before throwing to rookie KaVontae Turpin, who was immediately hit to end the game. The Turpin lineman couldn’t get to Jimmie Ward for the block fast enough, and it was easy for the veteran cornerback to seal the deal.

The play was heavily criticized online. McCarthy explained that the result was not what they had in mind.

For Bosa, it comes to appearing in his third conference championship in the past four seasons.

Packers’ Aaron Rodgers suggests $60m salary in 2023 may not be a problem: ‘Things would have to change’

Packers’ Aaron Rodgers suggests $60m salary in 2023 may not be a problem: ‘Things would have to change’