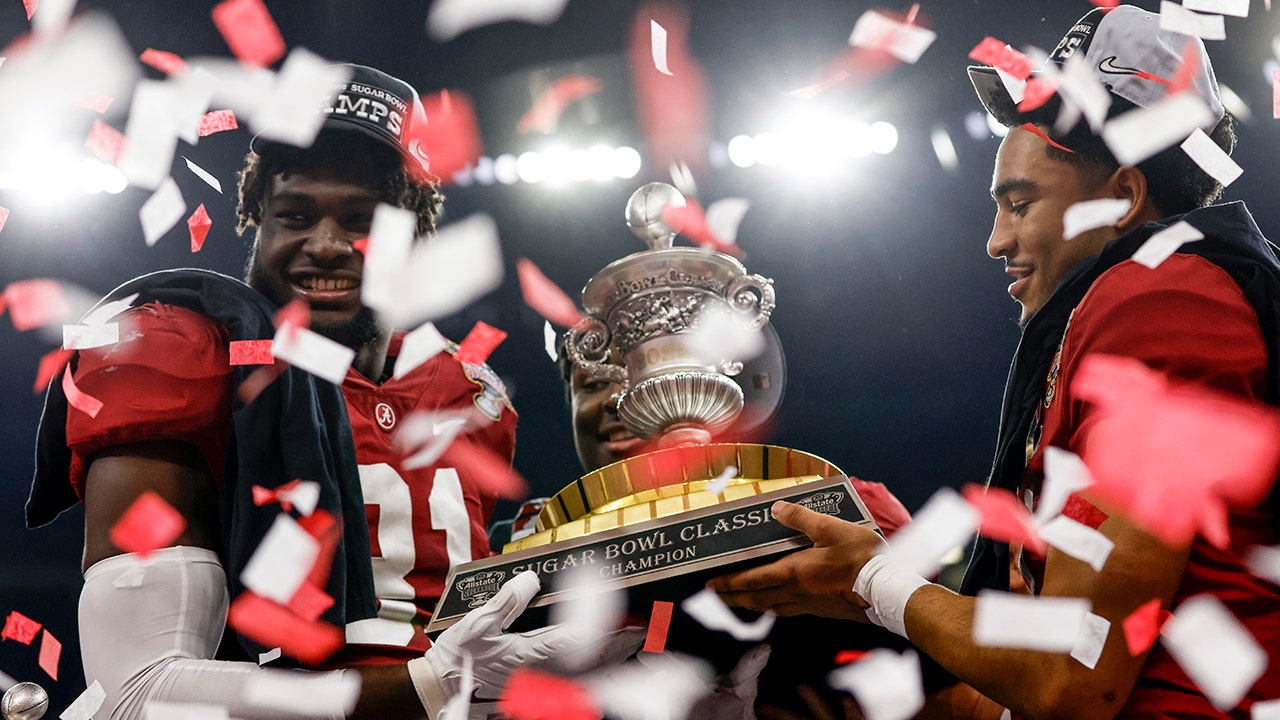 Bryce Young and Will Anderson Jr., two stars on Alabama’s 2022 Sugar Bowl winning roster, seemed ready to take the next steps in their football careers, declaring for the NFL Draft on Monday.

Young and Anderson chose to play in the Sugar Bowl and helped the Crimson Tide beat Kansas State 45-20 on Saturday. Alabama failed to make it to the College Football Playoff after losing two games during the regular season. Neither player needed to participate in the game, but they did anyway.

Alabama players, from left, Jahmyr Gibbs, Will Anderson Jr. and Bryce Young wait to speak at the podium before declaring for the NFL Draft, Monday, Jan. 2, 2023, in Tuscaloosa.
(AP Photo/Vasha Hunt)

Young, who won the Heisman Trophy in 2021, completed 15 of 21 passes for 321 yards and five touchdown passes in the win. Anderson, a two-time SEC Defensive Player of the Year and two-time Bronko Nagurski Trophy winner, played in the game against the Wildcats but didn’t record any stats.

Running back Jahmyr Gibbs also announced that he would be leaving school to enter the NFL Draft. Gibbs had 76 rushing yards against Kansas State. He also added two catches for 66 yards.

Young and Anderson are expected to be off the board early in the 2023 draft, at least according to early projections.

Young finished the season with 3,328 passing yards and 32 touchdown passes. He missed time with an injury in the middle of the season. Anderson racked up 51 tackles, 10 sacks, and one interception during the season. Both players are juniors but graduated early.

«I’m very proud of the way these guys have represented the program, not just the way they’ve played on the field, but the type of character as people, the academic success they’ve had,» the Alabama coach said. , Nick Saban.

«These guys showed great leadership and character in making the decision to play in the Sugar Bowl, which I think impacted the entire team with the example they set.»

Some early mock drafts have had Young ranked No. 1 on the Houston Texans, while others have Anderson ranked No. 1. Both are seen as possible top-five selections.

Gibbs could be a late first-round pick or even drop to the second round. Bijan Robinson is considered one of the best running backs in the upcoming draft class.