ESPN star blasts USC and Caleb Williams over vulgar fingernail message: ‘They need to clean that shit up’ 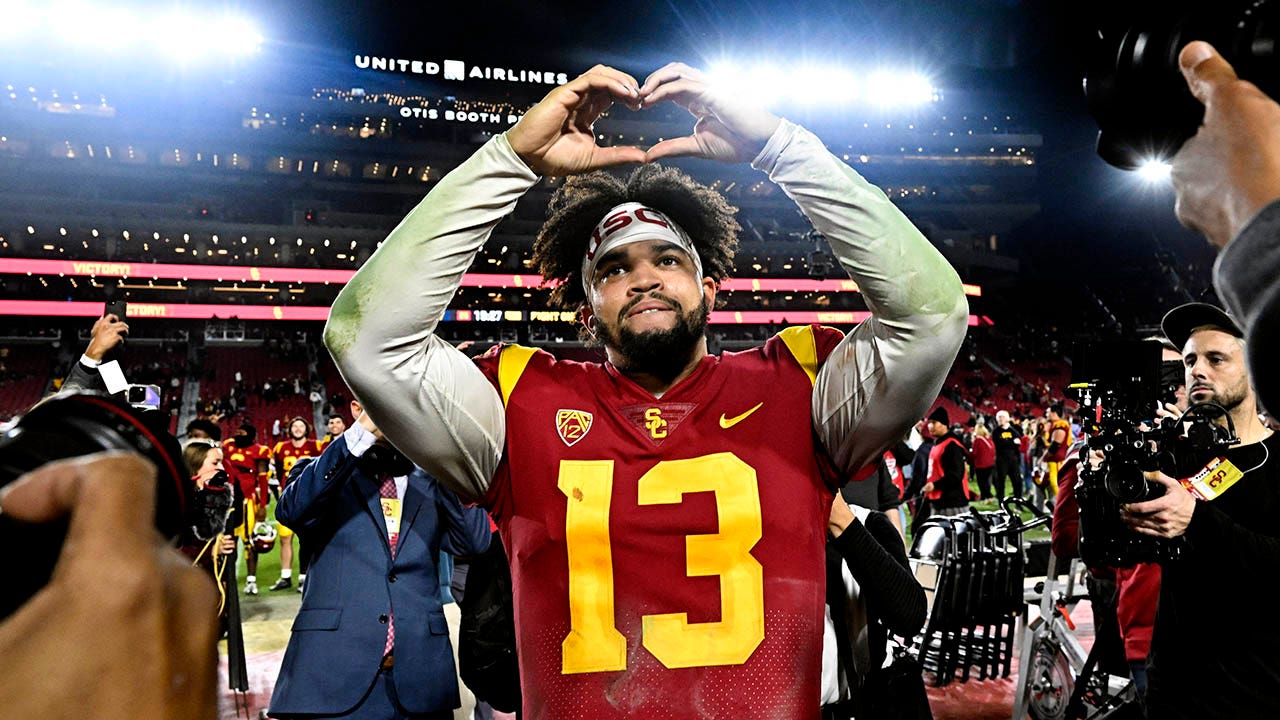 USC quarterback Caleb Williams may have won the Heisman Trophy after a terrific sophomore season with the Trojans, but the message he sent during the Pac-12 Championship Game still bothered at least one person.

Kirk Herbstreit, a longtime college football analyst for ESPN who also counts NFL games for Amazon, spoke with Williams and USC coach Lincoln Riley after the quarterback painted his nails. to read «F — Utah» before the conference title game. USC would end up losing.

USC Trojans quarterback Caleb Williams on the bench after the Pac-12 Conference Championship game against the Utah Utes at Allegiant Stadium on December 2, 2022 in Las Vegas.
(Brian Rothmuller/Icon Sportswire via Getty Images)

«Can Lincoln keep an eye on that for a bit?» Herbstreit wondered. «That’s not a great representation of him or the school. He can paint whatever he wants. Fight On, maybe, would work. But I don’t know about these, Notre Dame and Utah.

«That not only represents himself, but ‘SC and Lincoln Riley,'» he said. «They need to clean that shit up.»

USC head coach Lincoln Riley holds his daughter’s hand as he walks off the field after the Trojans beat Notre Dame at the Coliseum on November 26, 2022 in Los Angeles.
(Gina Ferazzi/Los Angeles Times via Getty Images)

Herbstreit held back and apologized right after throwing the profanity live. When asked by Pat McAfee about what he said, Herbstreit was coy.

Williams was criticized for his nails in the Pac-12 title game. Even in loss, he completed 28 of 41 passes for 363 yards and three touchdown passes. The loss left USC out of contention for the College Football Playoff.

USC ended with a January 2 matchup against Tulane in the Cotton Bowl Classic.