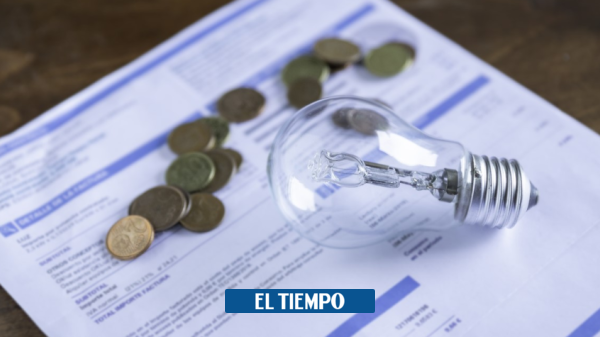 High electricity rates have become a headache for all Colombians. According to the Dane, in the last 12 months up to November, prices have increased 25.77 percentand the inhabitants of the departments of the Caribbean region are the ones who are paying the most.

The Congress of the Republic has certainly questioned that the rates continue to be high despite the fact that the level of the reservoirs used for the generation of hydroelectric power has been at all-time highs in the last 20 years, as happened last November. , when they closed at 87.1 percent, due to the prolonged rainy season that occurred in the country.

(Also read: Efforts to lower energy rates would be lost by the tax)

Even in September, President Gustavo Petro was one of the people who questioned this situation. «can you increase payment for electricity service when the reservoirs are full and it’s a very rainy season?», he wrote on his Twitter account, and assured that he would ask for explanations of this «strange behavior».

The fact that 66 percent of the energy currently consumed in the country is generated with water -the remaining 33 percent is produced by thermal power plants- and that the reservoirs are full leads many people to think that prices should drop immediately; however, this does not work that way for several reasons.

One of them is that the price per kilowatt hour, which is paid through the bill, is the sum of the six components that are part of the energy chain: generation, distribution, commercialization, losses, transmission, and restrictions.

Can the payment for electricity service increase when the reservoirs are full and it is a very rainy season?

Generation is the one that weighs the most – more than 35 percent – ​​and its current cost includes the prices that are agreed through contracts and in the Energy Exchange, managed by XM. According to Acolgén, the bilateral contracts between generators and vendors cover approximately 80 percent of the electricity consumed in the countryand they have prices that were agreed upon two or three years ago.

At this point it is also important to take into account that, according to data from XM, in November the average price of energy traded in contracts to meet the demand for residential consumption and small businesses (regulated market) was 281.97 pesos per kilowatt hour. , 7.68 percent higher compared to the same month in 2021.

To cover the remaining 20 percent of the demand, Julián Rojas, a professor at the Universidad del Rosario, explained that traders go to the Energy Market, where generating companies offer the energy they have available. There, a different cost is handled than that of the contracts.since it is set by the last plant that is chosen to supply the consumption of the following day.

This choice is made depending on the price offered, from lowest to highest. So usually hydro is at the top of the list because it is the cheapest power. Then follow those of coal, natural gas and, finally, those of liquids (fuel oil or diesel), which are the most expensive.

Normally, when the reservoirs are full the price of electricity tends to fallbut if there is a shortage of water –as happens in an El Niño phenomenon–, it begins to rise, because the availability of thermal plants increases and that of hydroelectric plants decreases.

The Colombian electricity market is based on price offers and not on company costs, as occurs in other markets.

However, it should also be taken into account that The price of the energy that is offered on the stock market is defined by each generator. «The Colombian electricity market is based on price offers and not on company costs, as occurs in other markets. This is complex in hydroelectric plants because it is very difficult to value the cost of water,» said the teacher.

Last October, the Superintendence of Home Public Services asked Isagén, Enel, EPM, Celsia and Chivor for explanations for the increases in the value of the kilowatt offered on the Energy Market. Each one responded and now the information is being analyzed and the product of this could result in control actions against these companies.

Taking the above into account, the expert explained that even if the reservoirs are at all-time highs, prices are not going to drop much because 80 percent of the energy delivered today reflects a past situation and only 20 percent it takes into account the price on the stock market, which on December 26 was 440.06 pesos per kilowatt hour. Even «if for some reason the price on the stock market drops sharply, that will not be seen immediately on the electricity bill«, he added.

So, what is the use of having reservoirs full of water? The higher the level of the reservoirs, there is less risk of a blackout in Colombia, as occurred in 1992. «Full reservoirs, beyond meaning a drop in electricity prices, are a guarantee that next year , if an El Niño phenomenon arrives, Colombians do not run out of energyJulian Rojas said.

In addition, this helps new contracts between generators and retailers to be signed at lower prices, which will be reflected in the electricity rates that will be in force several years ahead. Typically, in Colombia contracts are not signed for more than five years.