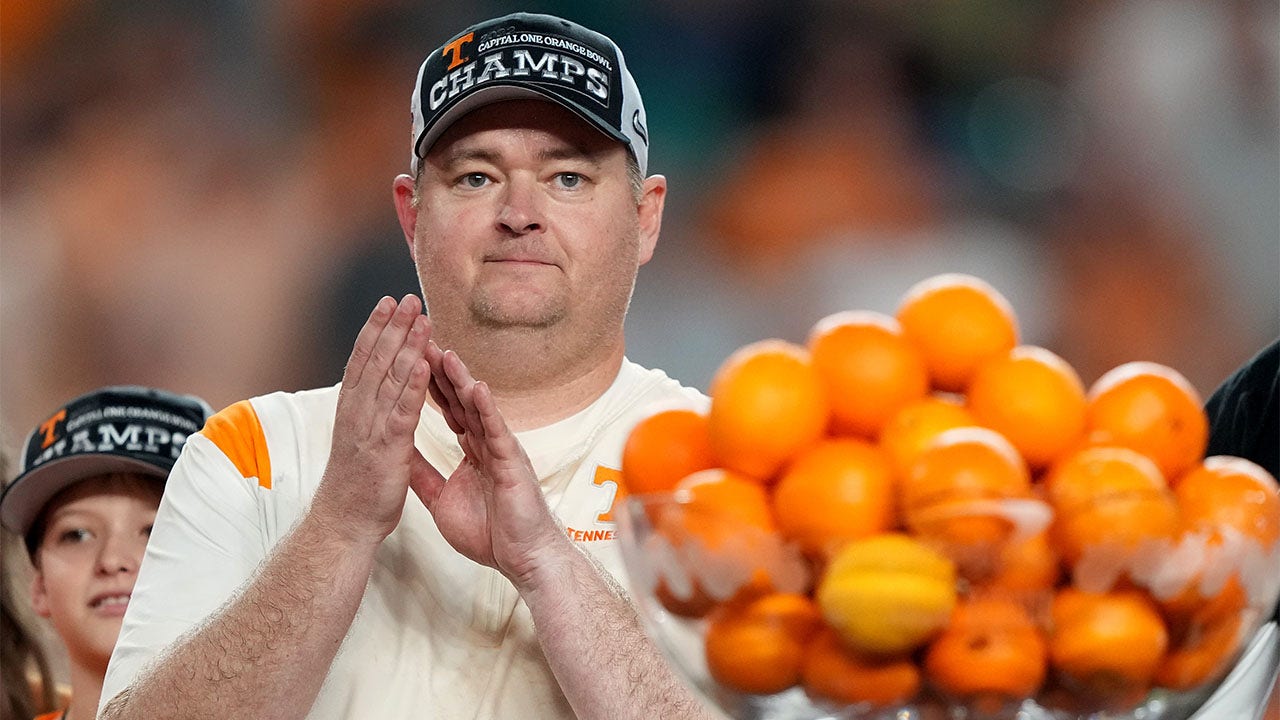 On Tuesday, Tennessee announced a contract extension for Heupel through 2029 and a raise that will now pay him $9 million per season.

Tennessee head coach Josh Heupel yells at the linesman during the Capital One Orange Bowl college football game between the Tennessee Volunteers and the Clemson Tigers on December 30, 2022 at Hard Rock Stadium in Miami Gardens, FL.
(Doug Murray/Icon Sportswire via Getty Images)

«I am grateful to Chairman Boyd, Chancellor Plowman, Danny White and Vol Nation for their tremendous support,» Heupel said. «Our staff is proud to represent the Power T, and it’s something we never take for granted. We will continue to work tirelessly to build a championship program that all of Vol Nation and all of the VFL can be proud of.

«Most importantly, our players are the people who deserve all the credit for our resurgence at Rocky Top. For the past two years, they have believed in us and poured their energy every day with hard work, leadership, cohesion and consistent habits. I’m proud to be his coach.»

The $9 million per season makes Heupel one of the highest-paid coaches in the conference after being named the 2022 SEC Coach of the Year.

In his second season in Knoxville, Heupel led Tennessee to its first win over Alabama since 2006 and defeated six of the top 25 teams, including Clemson in the Orange Bowl.

«The results from Josh’s first two seasons speak for themselves,» said director of athletics Danny White. «He and his staff have energized both our soccer program and our fan base with an aggressive brand of soccer, a competitive culture that builds leaders, and a relentless focus on raising the bar every day.

«Despite a brief period of inactivity, Tennessee never relinquished its status as a college football powerhouse. We just needed an innovative leader like Josh Heupel to reignite the spark. It’s been fun to crash the party, but as Josh said afterward After our Orange Bowl win, the best is yet to come.»

Heupel is the latest SEC coach to receive a raise, with Saban and Georgia’s Kirby Smart agreeing to contract extensions in the offseason.

South Carolina head coach Shane Beamer he received a raise in early January, increasing his annual salary from $2.75 million per season to around $6.5 million per year with a new contract.