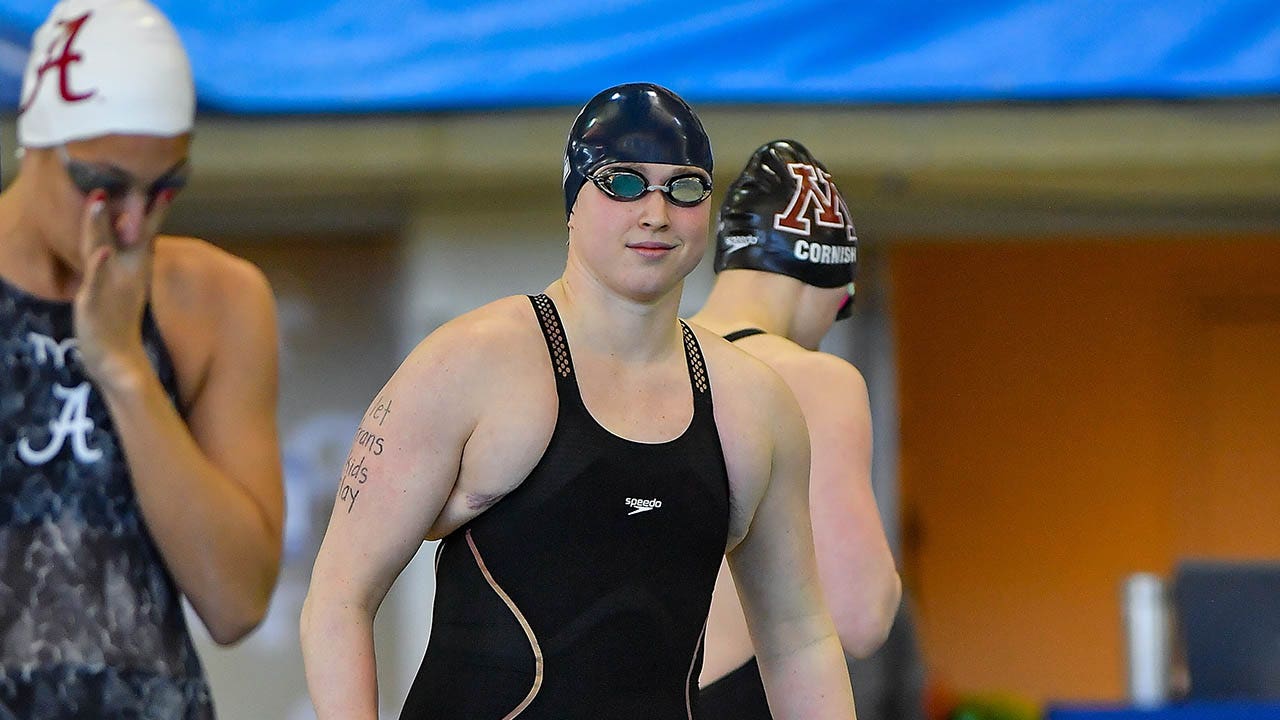 Henig has been on hormones for eight months in the midst of his transition, but the senior’s times are «about the same as they were at the end of last season,» he wrote in an op-ed for the New York Times on Thursday.

Henig wrote that during a November competition among 83 swimmers, he finished in 79th place.

Yale swimmer Iszac Henig on the starting block with «Let trans kids play» written on her arm during the 100 Freestyle preliminaries at the NCAA Swimming and Diving Championships on March 19, 2022, at the McAuley Aquatic Center in Atlanta, Georgia.
(Rich von Biberstein/Icon Sportswire via Getty Images)

«I wasn’t the slowest guy in any of my events, but I’m not as successful in the sport as I am on the women’s team.» Henig wrote.

The four people to end up behind Henig, according to OutKickthey were a swimmer born without a left arm and three others specializing in breaststroke.

However, Henig’s goal isn’t necessarily to win as a man.

«Instead, I’m trying to connect with my teammates in new ways, to cheer loudly, to focus more on the excitement of the sport,» Henig wrote. «Competing and being challenged is the best part. It’s a different kind of satisfaction. And it’s great to feel comfortable in the locker room every day.»

«I believe that when trans athletes win, we deserve to be celebrated just as cis athletes are. We are not cheating by looking for our true selves, we have not abandoned our legitimacy. Elite sports are always a combination of natural advantage or talent and commitment. to hard work. There is much more to a great athlete than hormones or height. I swim faster than some cis men.»

Lia Thomas, who transitioned from male to female, won the NCAA women’s championship last March, adding more fire to the debate on transgender women in sports. She was the first transgender athlete to win a Division I national title in any sport.

As a high school student, Henig (then Iszac) competed in the 2016 Olympic trials and was one of the top 100 swimmers in the country two years later.

What’s Coming to Netflix in March 2023