They seek to reactivate trains in the Colombian Pacific – Sectors – Economy 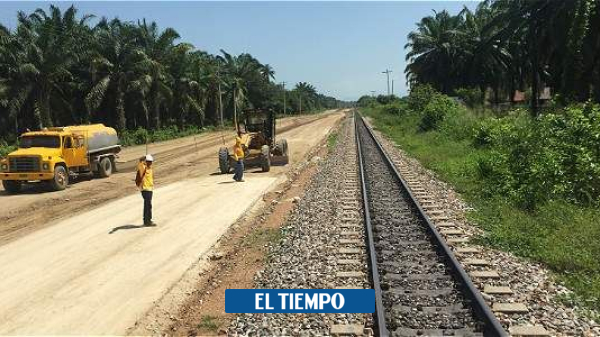 The National Infrastructure Agency, ANI, will carry out pre-feasibility studies for the reactivation of the Pacific Railroad Corridor from the Port of Buenaventura and its connection with the Central Railroad Corridor.

The idea is that through an inter-administrative contract signed between ANI and Financiera de Desarrollo Nacional 24 billion pesos are allocated and for 15 months the pre-feasibility is evaluated to advance to the stage of designs and feasibility studies for a subsequent bidding process for awarding.

On this route the pre-feasibility will be evaluated

The ANI has an entire railway portfolio that includes the La Dorada-Chiriguaná and Bogotá-Belencito corridors.

“In the Government we are convinced to reactivate the railway mode, we want the country to turn its gaze to the rails, to the importance they have for the economy and for international trade. This initiative seeks to reactivate an 838-kilometer railway corridor from the Port of Buenaventura to La Felisa, which connects with the active railway line of La Dorada and with this, guarantee the connection of the ports of Buenaventura with those of the Caribbean”, said William Camargo, president of the National Infrastructure Agency.

According to Camargo, in general terms, studies at the level of pre-feasibility will have to have a preliminary diagnosis of the existing railway infrastructureupdate the market and demand study, you will have to have economic and risk studies and technical specifications.

“The importance of reactivating this railway corridor is focused on finding other
alternatives to freight transport other than road, guarantee the mobilization
cargo with lower rates than the current onesseek benefits for producers
of cargo and stimulate the regional economy and the generation of jobs”, pointed out Camargo.

Subsidies and economic relief that will not reach 2023

Pension extract: keys to understand the document | my finances