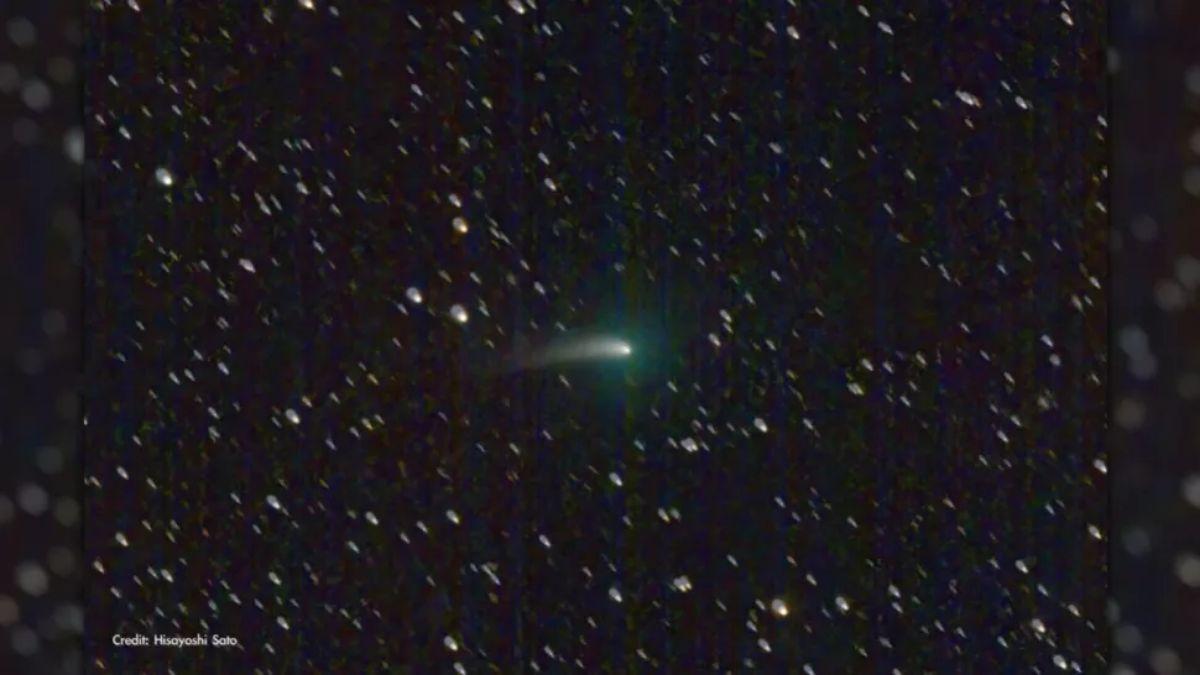 Comet C/2022 E3 (ZTF), discovered in March of last yearit will be able to be seen by amateur astronomers in the sky in late January, possibly even a naked eye.

It was discovered by astronomers using the Zwicky Transient Facility’s Wide Field Survey Camera. Since then, the new long-period comet — it completes its orbit around the Sun in about 50,000 years — has seen its brightness considerably and is now sweeping across the northern constellation Corona Borealis in the predawn skies, NASA reports.

This telescopic image from December 19 (top) shows the bright greenish coma of the comet, a short, broad dust tail, and a long, faint ion tail that extends across a 2.5-degree field of view.

On its journey through the interior of the Solar System, comet 2022 E3 is at perihelion, its closest point to the Sun, on January 12, and at perigee, its closest point to our planet, on February 1. Comet brightness is notoriously unpredictable, but by then C/2022 E3 (ZTF) could be visible to the naked eye in dark night skies, the space agency reports.

What is the mysterious spiral that has appeared in the sky of Hawaii?