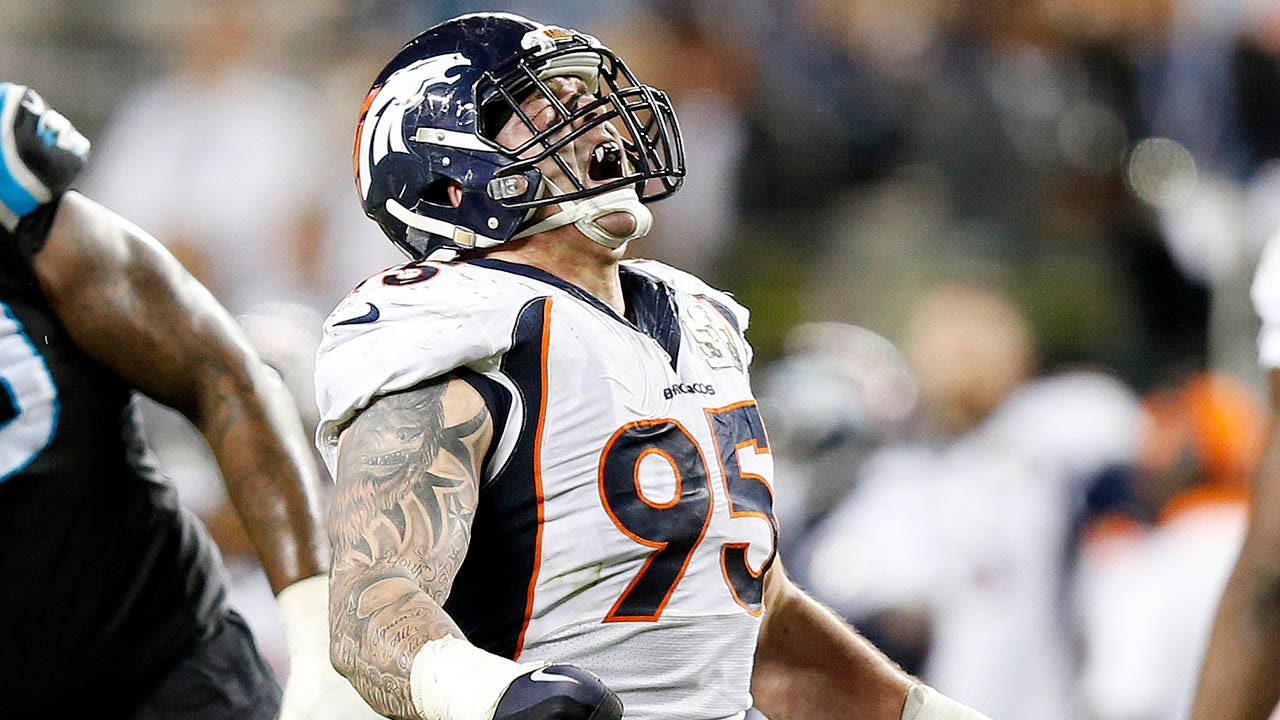 The Super Bowl 50 champion was asked to hunt a mountain lion after it had been «wreaking havoc in a rural neighborhood» in Colorado.

The mountain lion had killed two dogs and a mule deer, the former Denver Broncos defensive end said in an Instagram post.

Derek Wolfe of the Denver Broncos celebrates after a sack in the third quarter against the Carolina Panthers during Super Bowl 50 at Levi’s Stadium on February 7, 2016 in Santa Clara, California.
(Ezra Shaw/Getty Images)

Wolfe said he walked more than 9,600 feet before finally finding the big cat. Once he found it, he drew his gun and killed the lion.

«Exhausted, dehydrated, cramping, I withdrew my [bow] and sent a [arrow] through him,» Wolfe wrote. «Then I had to crawl back down the mountain with him to get him to the truck.»

Wolfe added that «I almost died on that mountain.»

Derek Wolfe of the Denver Broncos stands on the sideline during the national anthem before the start of Super Bowl 50 against the Carolina Panthers at Levi’s Stadium in Santa Clara, California on February 7, 2016.
(AAron Ontiveroz/The Denver Post via Getty Images)

The lion seemed to at least match Wolfe’s 6-foot-5 frame, and he estimated that it «probably» weighed 195 pounds.

Wolfe was a second-round pick (36th overall) by Denver in the 2012 NFL Draft and spent eight seasons with the Broncos. He played the 2020 season with the Baltimore Ravens before ending his career.