Sports teams that won championships in 2022 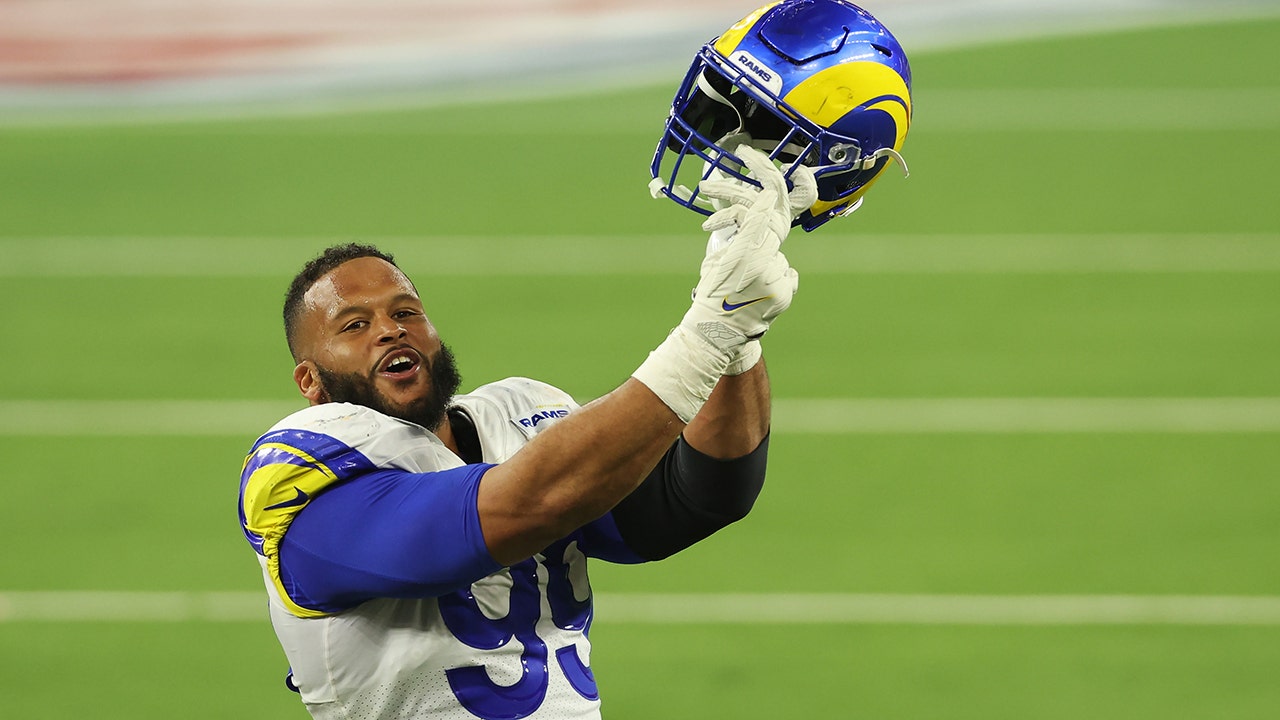 Some were dramatic endings, others were commanding performances.

But all these teams were crowned champions in 2022.

It was a close game in the first half on January 10, but Stetson Bennett and the Georgia Bulldogs went to work against Nick Saban’s group in the second half. They outscored Alabama 27-9 to win the national championship, 33-18.

Bennett threw two touchdowns, one to Brock Bowers and one to Adonai Mitchell, while Zamir White ran for 84 yards with a score. Bryce Young passed for 369 yards for Alabama, but allowed two interceptions and had just one touchdown pass.

In just his first season as a starting quarterback, Matthew Stafford earned his first Super Bowl ring, defeating the Cincinnati Bengals, 23-20, at the Los Angeles Rams’ SoFi Stadium on February 13.

Stafford threw for three touchdowns in the game, as well as two interceptions, on 26-of-40 for 283 yards. Odell Beckham Jr. caught the first touchdown of the game, but tore his ACL later in the first half. That’s when Stafford began to rely even more on star receiver Cooper Kupp, as he scored the other two touchdowns.

Aaron Donald sacked Bengals quarterback Joe Burrow on fourth down to seal the victory for Los Angeles, while head coach Sean McVay earned a Super Bowl ring in his second trip to the big game.

The championship did not disappoint, as the Kansas Jayhawks fought back from a 40-25 halftime deficit to defeat the North Carolina Tar Heels, 72-69, to win the title.

While it was all UNC in the first half, Kansas scored 47 of its 29 points. With the game tied 65-65 at the end, Kansas guard Remy Martin buried a step-back 3-pointer to take the lead.

UNC couldn’t do the same, air throwing on his final tackle pass, which sent Kanas into a celebratory frenzy.

The South Carolina Gamecocks defeated the UConn Huskies, 64-49, to win their second national title in six seasons. And this was all of South Carolina, despite the pedigree that Geno Auriemma’s UConn team brings to the field.

The tone was set early with a 22-8 first quarter finish for South Carolina. UConn would rebound with a 19-13 second quarter, but they wouldn’t win one after that. Destanni Henderson was the star of the title game, scoring 26 points for the Gamecocks.

Colorado Avalanche center Nazem Kadri lifts the Stanley Cup after Game 6 of the Finals against the Tampa Bay Lightning at Amalie Arena in Tampa, Florida on June 26, 2022.
(Andrew Bershaw/Icon_Sportswire)

The Tampa Bay Lightning were looking to win their third straight Stanley Cup and officially cement themselves as a dynasty in the early 2020s. The Colorado Avalanche had something else on their minds.

At the end of six games, the Avalanche were the Cup skaters after defeating the Lightning, 4-2, in the series. Cale Makar lifted the Conn Smythe Trophy as the Stanley Cup Playoff MVP, scoring eight goals and 21 assists in 20 games.

Game 6 began with a Steven Stamkos Lightning goal, but the Avalanche’s Nathan MacKinnon tied the second half, followed by Artturi Lehkonen’s goal to give them a lead they wouldn’t give up.

Stephen Curry of the Golden State Warriors celebrates with the Bill Russell NBA Finals MVP Award after Game 6 of the NBA Finals at TD Garden in Boston on June 16, 2022.
(Nathaniel S. Butler/NBAE via Getty Images)

For the fourth time since 2015, the Golden State Warriors lifted the Larry O’Brien Trophy after beating the Boston Celtics in six games earlier this year.

Led by Steph Curry, who won the Bill Russell NBA Finals MVP Award after averaging 31 points, five assists and six rebounds in the series, the Warriors’ offense proved too much for the Celtics after they prevailed over the Miami Heat in the Eastern Conference. Finals in seven games.

Boston initially took the lead in the series opener, but games 4, 5 and 6 went to Golden State, who figured out what they had to do to stop the C.

While there was plenty of debate about his 2017 World Series title after MLB’s investigation uncovered cheating by the Houston Astros, this championship had none of that. Houston was simply the better team at the end.

By defeating the Philadelphia Phillies in six games, including a Game 4 in which Houston threw a combined no-hitter, the Astros brought home their second franchise championship.

Rookie shortstop Jeremy Pena was once again the star in this series, winning World Series MVP after taking home the American League Championship MVP in a clean sweep of the New York Yankees.

The Phillies were up 2-1 in the series, but were unable to get a win past Game 3 as Houston’s pitching staff held them to a combined three runs in the next three contests.

Las Vegas Aces’ A’ja Wilson reacts after being fouled during the first half of Game 4 of the WNBA Finals against the Connecticut Sun in Uncasville, Connecticut on September 18, 2022.
(AP Photo/Jessica Hill)

It was the third time the team had reached the final (second since moving to Las Vegas), and they were finally able to claim the trophy as their own at the end, defeating Sun, who most recently reached the final in 2019.

they were the first–never winners of the National Women’s Soccer League in 2013, and the Portland Thorns were crowned champions again this season after defeating the Kansas City Current in the final game, 2-0.

The Thorns were the No. 2 seed heading into the 2022 playoffs, finishing behind OL Reign for the top seed. However, the Current, as the No. 5 seed, defeated the Reign in the semifinal, 2-0, to advance to the championship game.

But Current’s Cinderella story was squashed by Thorns. Portland now has the most championships in NWSL history with three.

Gareth Bale of Los Angeles FC raises the championship trophy as he celebrates with teammates after the 2022 MLS Cup Final at Banc of California Stadium in Los Angeles on November 5, 2022.
(Kevork Djansezian/Getty Images)

A penalty shootout determined the winner of a hard-fought MLS playoff, and in front of a sell-out crowd at their home building, Los Angeles FC was victorious.

Facing the Philadelphia Union, it was a wild back-and-forth game that needed extra time to determine a champion. Philadelphia’s Jack Elliott buried a goal for the Union in the 124th minute, but LAFC’s Gareth Bale scored in the 128th minute to force penalties.

Philadelphia never made one, while LAFC scored all three and the crowd roared with excitement for their champions.