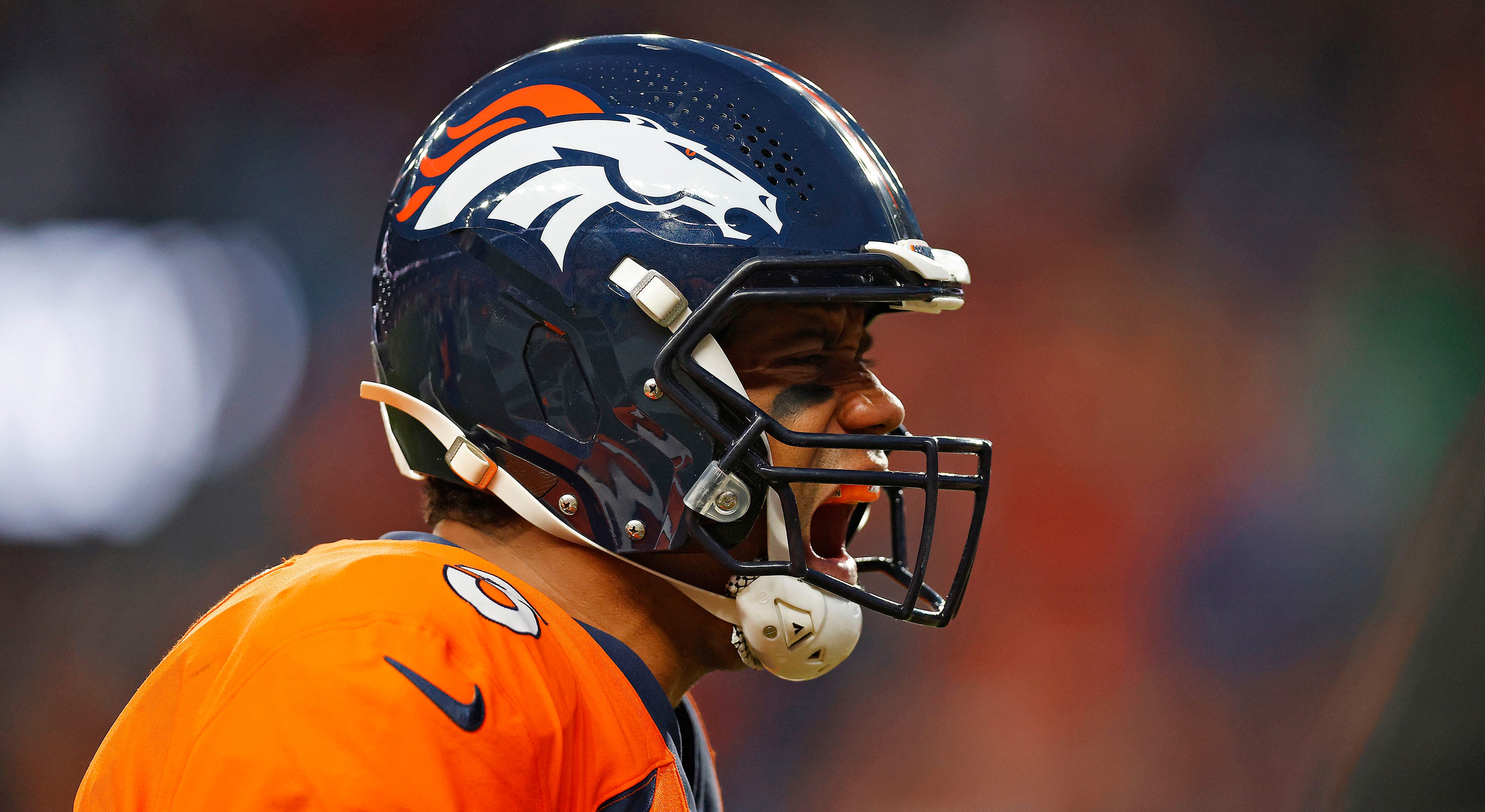 The Chargers (10-7) knew before kickoff they were clinched in the fifth AFC playoff seed with a first-round game looming in Jacksonville, but coach Brandon Staley played his starters anyway, a decision which could be expensive.

Joey Bosa had a sack in the first half, but then appeared to be limping down the sideline. The Chargers announced that Bosa was uninjured and declined to give a reason for his absence for the rest of the game, and wide receiver Mike Williams left with a back injury in the first half.

Courtland Sutton #14 of the Denver Broncos catches a touchdown pass during the fourth quarter against the Los Angeles Chargers at Empower Field At Mile High on January 8, 2023 in Denver, Colorado.
(Matthew Stockman/Getty Images)

Justin Herbert warmed up for his first playoff appearance with another solid outing: 25 of 37 for 275 yards, two touchdowns and no interceptions.

Wilson finished 13-of-24 passing for 283 yards, three touchdowns and one interception, and Jerry Jeudy capped a month-long streak with a career day that included 154 yards on five receptions and 39 yards on three rushes.

With the win, the Broncos (5-12) avoided their first winless streak in the AFC West in a strike-free year since divisional play began in 1970. They also gave interim head coach Jerry Rosburg his first win after four decades as an assistant. .

Rosburg, 67, took over two weeks ago when Nathaniel Hackett was fired. On Monday, he will return to the hyperbaric oxygen therapy company he was involved with before general manager George Paton brought him out of retirement this season to serve as Hackett’s top assistant.

And the Broncos will continue the search for their fifth head coach since winning Super Bowl 50 seven years ago. On deck are interviews with Jim Harbaugh and Sean Payton.

Ja’Quan McMillian #35 of the Denver Broncos tackles Joshua Palmer #5 of the Los Angeles Chargers during the fourth quarter at Empower Field At Mile High on January 8, 2023 in Denver, Colorado.
(Matthew Stockman/Getty Images)

After struggling all season with Hackett, Wilson had his two best games of the season with Rosburg in charge, including last week’s 27-24 loss at Kansas City.

Wilson got off to a slow start Sunday, completing just three of his first nine passes for 16 yards as the Broncos got the ball at their 25-yard line trailing 17-10 with 26 seconds left before halftime.

Rather than burn out time and head to the locker room content to be in it, Wilson found Latavius ​​Murray for 15 yards, threw a 57-yard run to Jeudy and hit Eric Tomlinson from 3 yards out to tie it at 17, 6 seconds. remaining. in the middle

Wilson found running back Tyler Badie from 24 yards out to give Denver a 24-17 lead on the opening drive after halftime and added a 24-yard TD toss to Courtland Sutton that made it 31-20.

Russell Wilson #3 of the Denver Broncos celebrates after throwing a touchdown pass during the fourth quarter against the Los Angeles Chargers at Empower Field At Mile High on January 8, 2023 in Denver, Colorado.
(Justin Edmonds/Getty Images)