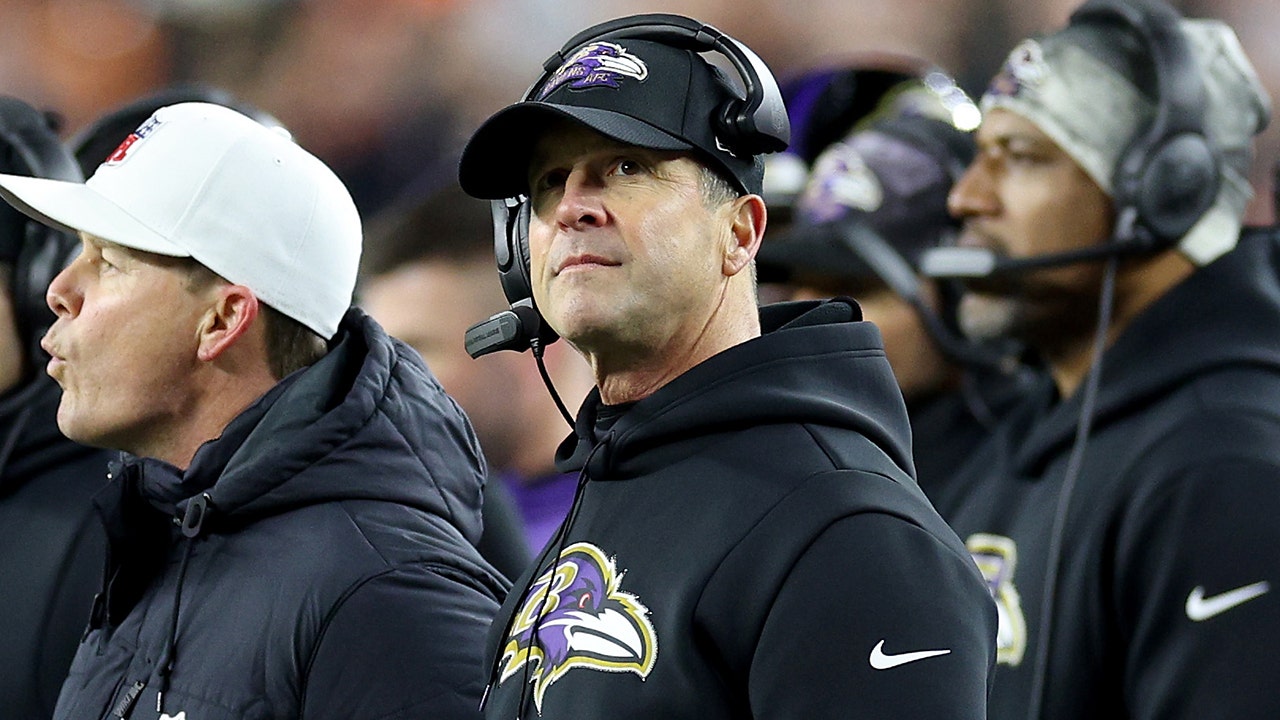 Baltimore Ravens coach John Harbaugh didn’t seem too happy with his defense after the first quarter of the team’s playoff game against the Cincinnati Bengals on Sunday night.

Harbaugh had an awkward interview with NBC’s Melissa Stark moments after Ravens cornerback Marcus Peters was penalized for taunting, leading to a minor ruckus with Bengals players: Peters appeared to hit the Bengals running back, Joe Mixon, in the stomach, which sparked the incident.

Baltimore Ravens head coach John Harbaugh reacts off the sideline against the Cincinnati Bengals during the second quarter in the AFC Wild Card playoff game at Paycor Stadium on January 15, 2023 in Cincinnati, Ohio.
(Rob Carr/Getty Images)

Stark asked Harbaugh what he thought about the penalty.

«Well, I didn’t like the last penalty,» Harbaugh said.

Harbaugh said his guys would be fine afterward. Asked if he would put up Anthony Brown at some point in the game after Tyler Huntley’s interception, Harbaugh smiled at Stark and said, «We’ll see how the game goes, okay? Thanks.»

The Ravens forced a Hayden Hurst fumble in the second quarter to help them take the lead before halftime. Huntley would also throw a touchdown pass to JK Dobbins to cut the deficit to two points at that point.

Huntley completed 8 of 12 passes for 70 yards. Dobbins had 38 yards on eight carries. Josh Oliver led the Ravens in receptions with two catches for 6 yards.

Bengals quarterback Joe Burrow had 122 passing yards and a touchdown pass to Ja’Marr Chase in the second quarter. Chase had six catches for 52 yards in the first half.