Ravens’ JK Dobbins demands more opportunities on offense: ‘Should be the guy’ 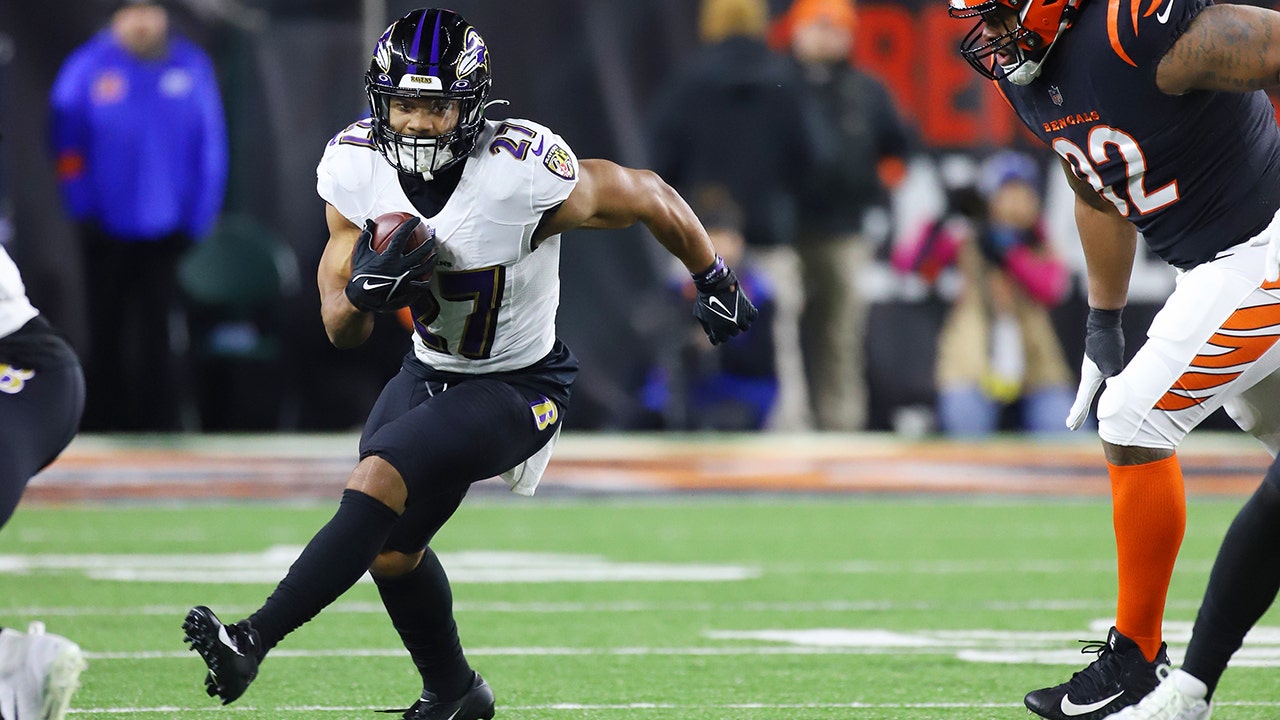 Baltimore Ravens running back JK Dobbins’ frustrations boiled over after the team’s 24-17 loss to the Cincinnati Bengals on Sunday night and hinged on a game-changing play in the fourth quarter.

Ravens quarterback Tyler Huntley fumbled at the 2-yard line while trying to put his team up late in the game and Bengals defensive end Sam Hubbard picked up the ball and returned it 98 yards for a touchdown. According to Dobbins, Huntley shouldn’t have been in that position in the first place.

Baltimore Ravens linebacker Tyus Bowser, left, and running back JK Dobbins walk off the field after their loss to the Bengals in the wild card playoff game in Cincinnati, Sunday, January 15, 2023.
(AP Photo/Joshua A. Bickel)

Dobbins was not on the field during the series and his lone score came on a catch-and-run that saw him stick his arm out for the ball to cross the plane of the goal line like Michael Jordan in «Space Jam.» «He said he was tired of the lack of opportunities, despite participating in 32 snaps.

Baltimore Ravens running back JK Dobbins runs against the Bengals on January 15, 2023 at Paycor Stadium in Cincinnati.
(Jeff Moreland/Icon Sportswire via Getty Images)

He said that the Ravens would have won if Lamar Jackson had played.

Baltimore Ravens’ JK Dobbins dives into the end zone to score against the Bengals during the wild card playoff game at Paycor Stadium on January 15, 2023 in Cincinnati.
(Dylan Buell/Getty Images)

Dobbins finished with 62 rushing yards on 13 carries. He added four receptions for 43 yards, including a 2-yard touchdown catch in the second quarter.