Rafael Nadal Sends Message To Fans After Australian Open Loss; he could miss 6-8 weeks with a hip injury 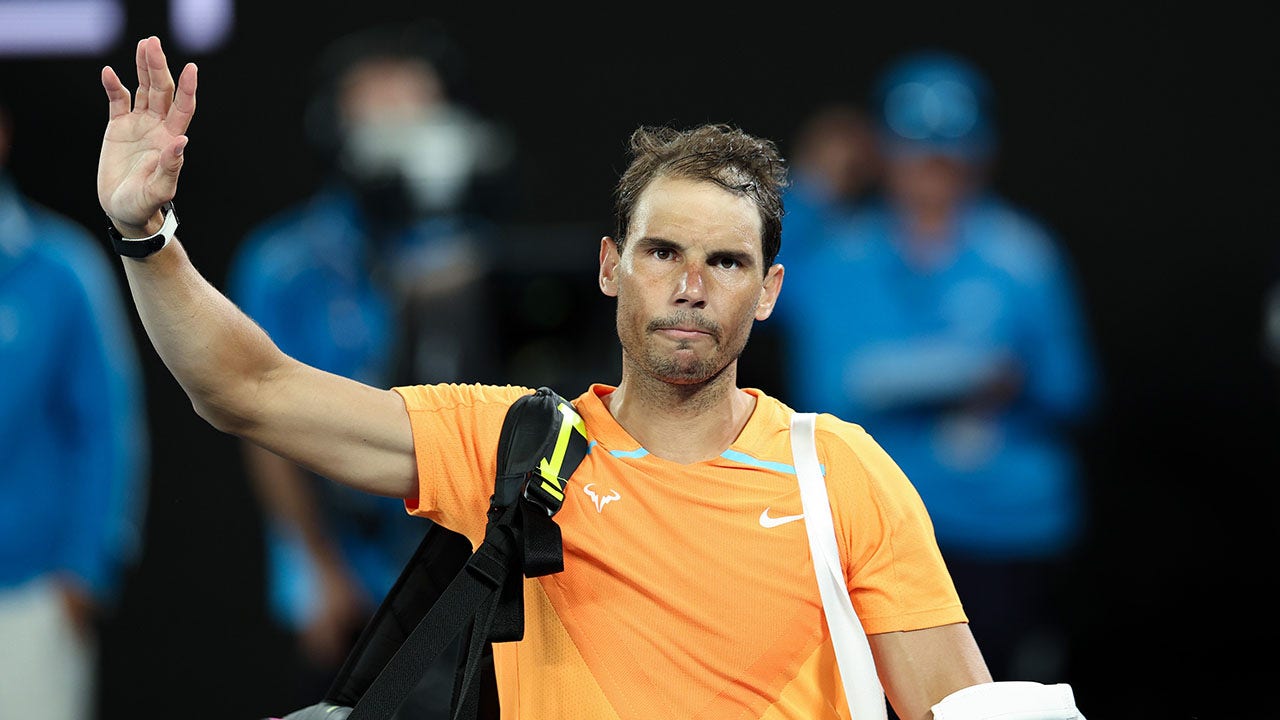 Rafael Nadal entered the Australian Open 2023 as the defending champion and as the No. 1 seed.

But his time in Melbourne quickly came to an end, injuring his hip and losing to Mackenzie McDonald in the second round.

Mackenzie McDonald celebrates winning a point against Rafael Nadal during the Australian Open on January 18, 2023 in Melbourne.
(Will Murray/Getty Images)

Nadal, who could miss six to eight weeks after an MRI revealed a grade 2 injury to his left hip flexor, posted a message to his fans on Wednesday.

«It’s not the result I wanted, I would have loved to continue my career here, but today it wasn’t possible,» Nadal posted on Instagram. «Mackenzie played at a high level and I wish him the best for the rest of the tournament.

“It is always a pleasure to play in Australia. Thank you all very much for the support and the great moments that you make me live here.

«Sad to be leaving this great tournament so soon and so grateful once again to everyone, fans, organizers, amazing crowds… Thank you Melbourne, Australia.»

Rafael Nadal acknowledges the crowd after losing to Mackenzie McDonald during the Australian Open on January 18, 2023 in Melbourne.
(Andy Cheung/Getty Images)

Nadal was stopped in the second set against McDonald and left the court for medical treatment before returning. The 36-year-old was clearly limping and lost in three sets.

It is the second time in three Grand Slam tournaments that he has suffered an injury. impacted on Nadal’s final result.

Rafael Nadal waves after his match against Mackenzie McDonald at the Australian Open in Melbourne on January 18, 2023.
(Bai Xuefei/Xinhua via Getty Images)

At Wimbledon over the summer, Nadal was forced to withdraw from his semifinal match against Nick Kyrgios due to abdominal distension.

«Sometimes it’s frustrating. Sometimes it’s hard to accept,» Nadal said after his Australian Open loss. «Sometimes you feel super tired from all this, in terms of injuries.»

Associated Press contributed to this report