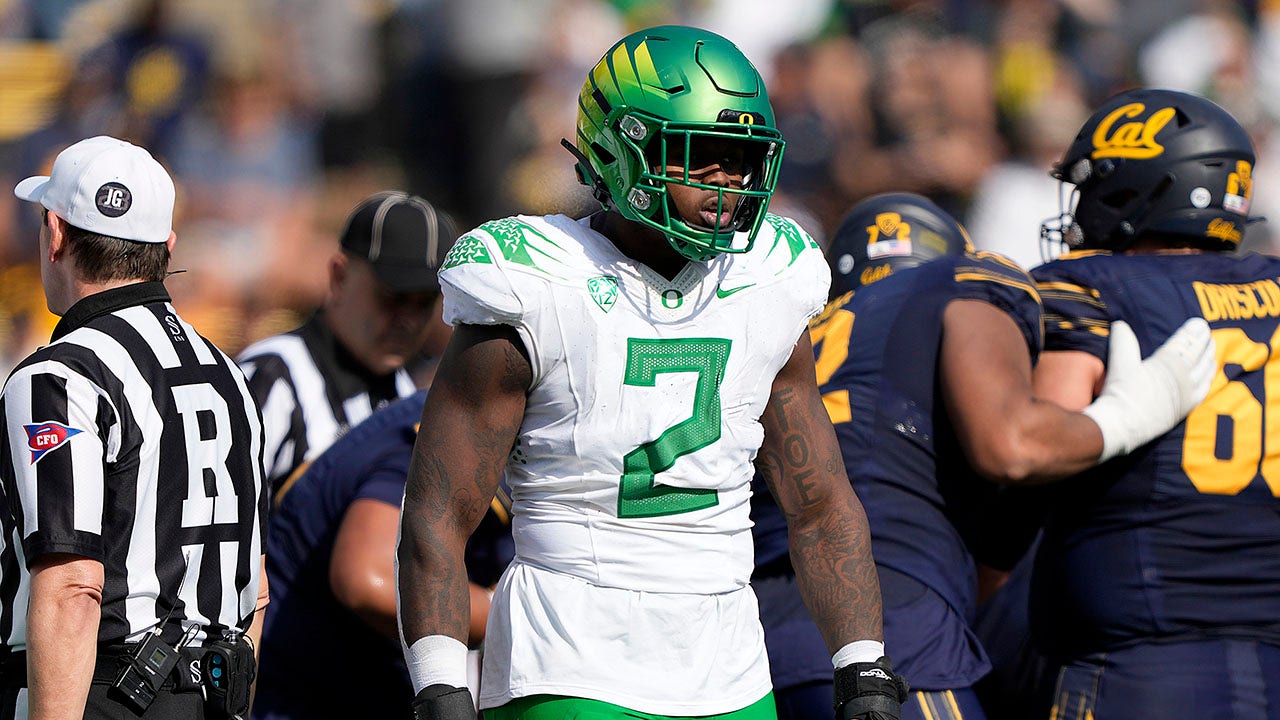 oregon athletic administration is investigating an incident involving outside linebacker DJ Johnson after video surfaced showing him punching an Oregon State fan who stormed the field following the Beavers’ shock victory over the weekend.

The Ducks lost their spot in the Pac-12 Championship game after wasting a 21 point lead in the third quarter to lose 38-34 to the 21st-ranked Oregon State Beavers.

Oregon State’s Jaden Robinson and Easton Mascarenas-Arnold celebrate during the first half of the Oregon Ducks game at Reser Stadium on November 26, 2022 in Corvallis, Oregon.
(Ali Gradischer/Getty Images)

Fans stormed the field as the Oregon players walked out and that’s when video surfaced that appeared to show Johnson punching a fan in a oregon state jersey from behind.

“We are aware of a post-game exchange involving a member of our soccer team and a fan and are working to gather more information,” the Oregon athletic department said in a statement, via The Associated Press.

Oregon state spokesman Steve Clark also confirmed the ongoing investigation in a statement to the outlet.

Clark added that the fan did not file a complaint with the university police department until Saturday.

Johnson was quickly removed from the fans by members of the Ducks coaching staff. It was not immediately clear what sparked the altercation.