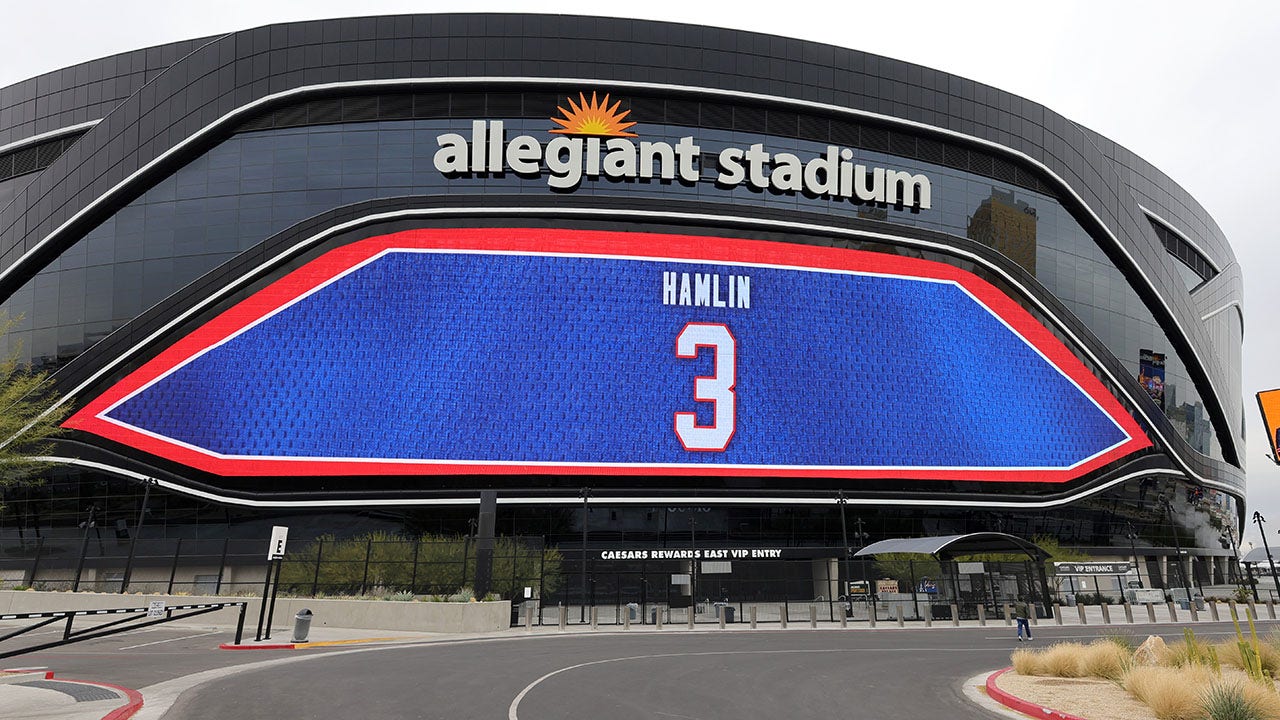 The NFL announced Friday that the final week of the regular season will be a tribute to Buffalo Bills safety Damar Hamlin.

Hamlin, who suffered a cardiac arrest Monday night against the Cincinnati Bengalsspoke to his Bills teammates Friday morning after his breathing tube was removed overnight.

Damar Hamlin, number 3 of the Buffalo Bills, stands near the sideline during introductions before an NFL football game against the Cincinnati Bengals at Paycor Stadium on January 2, 2023 in Cincinnati.
(Kevin Sabitus/Getty Images)

«I love you guys,» Hamlin told his teammates.

The NFL announced Friday morning that all 32 teams will have multiple options to honor Hamlin during their Week 18 games.

Each team will be encouraged to read a public address announcement as a «unified show of support for Damar, first responders and medical caregivers.»

THE BILLS-BENGALS GAME WHERE DAMAR HAMLIN SUFFERED A CARDIAC ARREST WILL NOT RESUME, NFL ANNOUNCES

All 32 teams can outline the number «3» at the field 30-yard line in Buffalo Bills red or blue, while players will also have the option of wearing black Nike jerseys during warmups that read «Love Damar 3.» «

The Bills unveiled a special patch that will be worn in Sunday at the Buffalo Showdown against the New England Patriots.

On Thursday, Buffalo shared the most positive update since Hamlin was taken to the hospital, saying Hamlin has shown «remarkable improvement» and appears to be «neurologically intact.»

«I want to say thank you, I know the coach mentioned it before, to our training staff for going out, not knowing what’s going on, but going through a checklist … saving his life,» an emotional Allen told reporters.

A video screen at Allegiant Stadium, home of the Las Vegas Raiders, shows a show of support for Buffalo Bills player Damar Hamlin, who went into cardiac arrest after making a tackle during Monday’s football game. the night against the Cincinnati Bengals.
(Ethan Miller/Getty Images)

“Being in that field you lose sleep. You hurt for your brother. Much sorrow shared.»

The NFL announced Thursday night that the game between the Bills and Bengals will not resume and has been cancelled.

Paulina Dedaj of Fox News contributed to this report