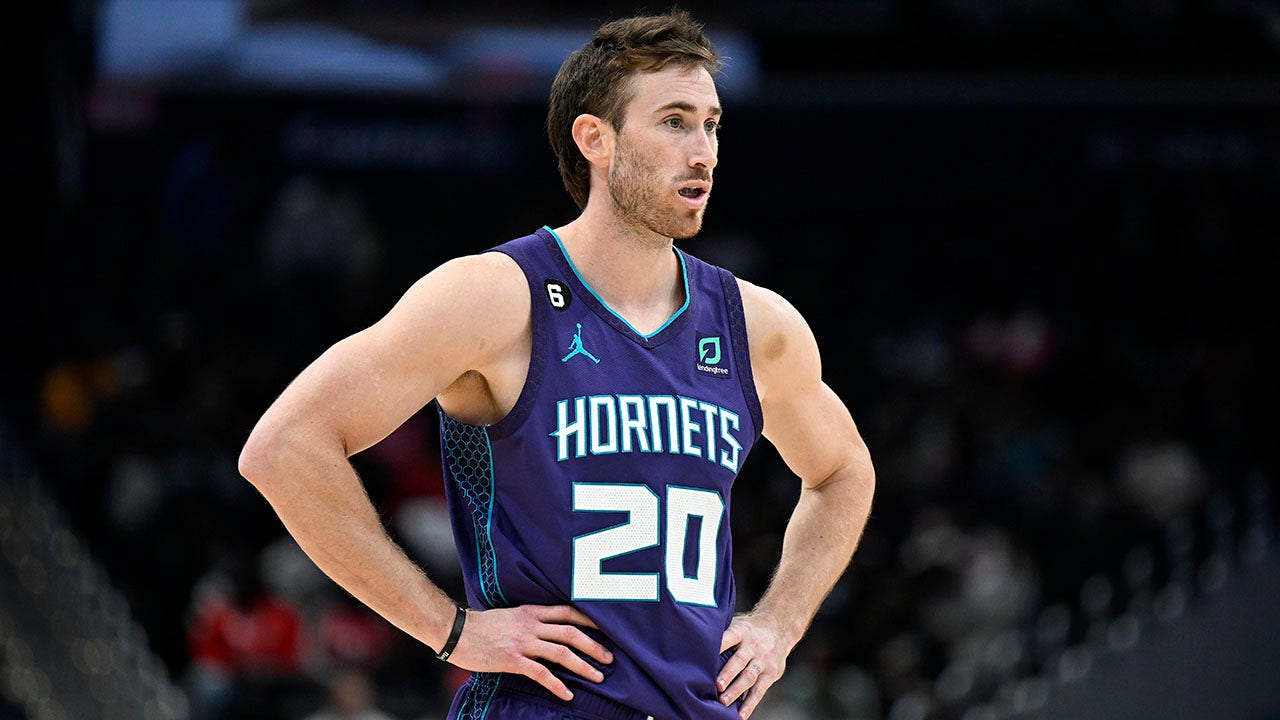 Details of Charlotte Hornets forward Gordon Hayward’s injury continue to be a topic of conversation. Hayward will be out indefinitely with a broken shoulder, according to a report in The Athletic.

On Friday, the Hornets announced that Hayward would miss the game against the Timberwolves with a bruised shoulder.

Hayward’s wife, Robyn, disagrees with how the Hornets have described the injury.

WASHINGTON, DC – NOVEMBER 20: Gordon Hayward, #20 of the Charlotte Hornets, rests during the game against the Washington Wizards at Capital One Arena on November 20, 2022 in Washington, DC.
(Photo by G Fiume/Getty Images)

A bruised shoulder is less serious than a broken shoulder, and Robyn took to social media to share her disgust at the discrepancy. She agreed with The Athletics’ report and believed the injury is far worse than the Hornets claim.

«Actually he has a fractured scapula…they made him play last game…which is why he couldn’t move his arm up last game,» he wrote on Instagram.

She later added, «I’ll stop here and not go into earlier stuff,» before continuing in a later Instagram story.

He concluded: «I’m over not protecting players. I just spoke to the mother of a young player and she was saying the same thing…».

Charlotte Hornets forward Gordon Hayward, left, looks for a pass against Minnesota Timberwolves forward Jaden McDaniels during the second half of an NBA basketball game in Charlotte, NC, Friday, February 12. of 2021.

The 32-year-old has dealt with injuries at different points in his career.

Perhaps his most challenging injury occurred when he suffered a terrifying leg injury during his tenure with the Boston Celtics in 2017.

Prior to that leg injury, Hayward had been a longtime NBA player, having been available for more than 92 percent of regular season and playoff games.

Since then, Hayward’s availability has dwindled, and he’s only played 52-plus regular-season games once in the past five years. During the Celtics’ 2017 playoff run, Hayward only appeared in five postseason games.

This season, Hayward has been on the floor for 11 games. The former All-Star also missed eight games over a two-week stretch in early November with the same left shoulder injury. The Hornets also previously classified that injury as a left shoulder contusion.

The Jazz selected Hayward with the ninth overall pick in the 2010 draft.

Hayward is now considered week-to-week, according to ESPN’s Adrian Wojnarowski. He is expected to undergo additional tests.