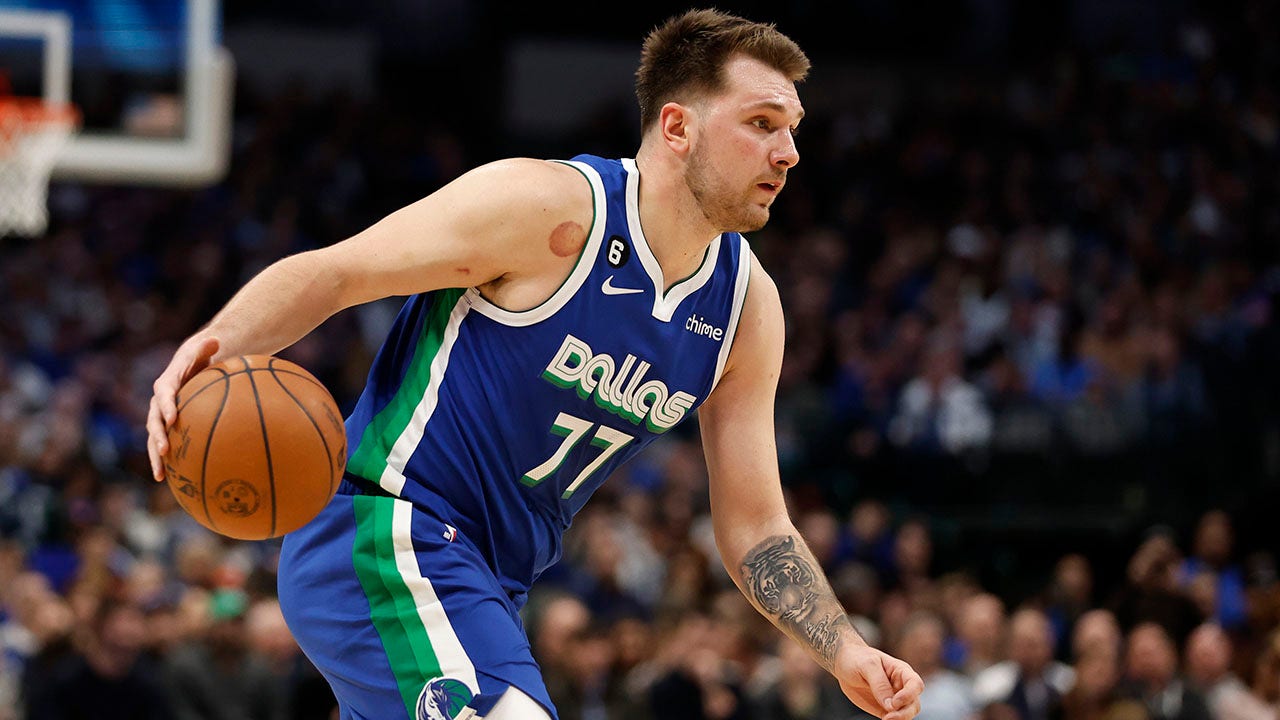 Doncic had the first 60-point, 20-rebound triple-double in NBA history when he led the Mavs to an improbable 126-121 overtime victory over the New York Knicks at American Airlines Arena in Dallas.

Luka Doncic of the Dallas Mavericks dribbles the ball against the New York Knicks in the second half of their NBA game at the American Airlines Center in Dallas on Tuesday.
(Tim Heitman/Getty Images)

Doncic was 21 of 31 from the field and 16 of 22 from the free throw line to surpass Dirk Nowitzki’s previous franchise record of 53 points. Nowitzki accomplished the feat in a game on December 2, 2004.

Nowitzki is the highest-scoring foreign-born player in league history. The 2023 Hall of Fame nominee currently sits sixth on the NBA’s scoring list, but the 23-year-old Doncic is on pace to surpass that mark one day.

Earlier this week, the Mavericks unveiled a statue of the retired German star outside American Airlines Arena.

Dallas Mavericks’ Luka Doncic drives to the basket against New York Knicks’ Mitchell Robinson in the second half of their NBA game at the American Airlines Center in Dallas on Tuesday.
(Tim Heitman/Getty Images)

Doncic is also now credited with the highest scoring effort of the season in the league.

Doncic’s masterful performance left his teammates, along with current and former NBA players, in awe and sparked a social media frenzy.

Mavericks player Christian Wood hit a 3-pointer to start the rally from nine points down in the final 30 seconds of regulation. Wood said he was sending a «GOAT» to Doncic’s farm in his native Slovenia.

The Mavs moved to three games over .500 with their fourth straight win.