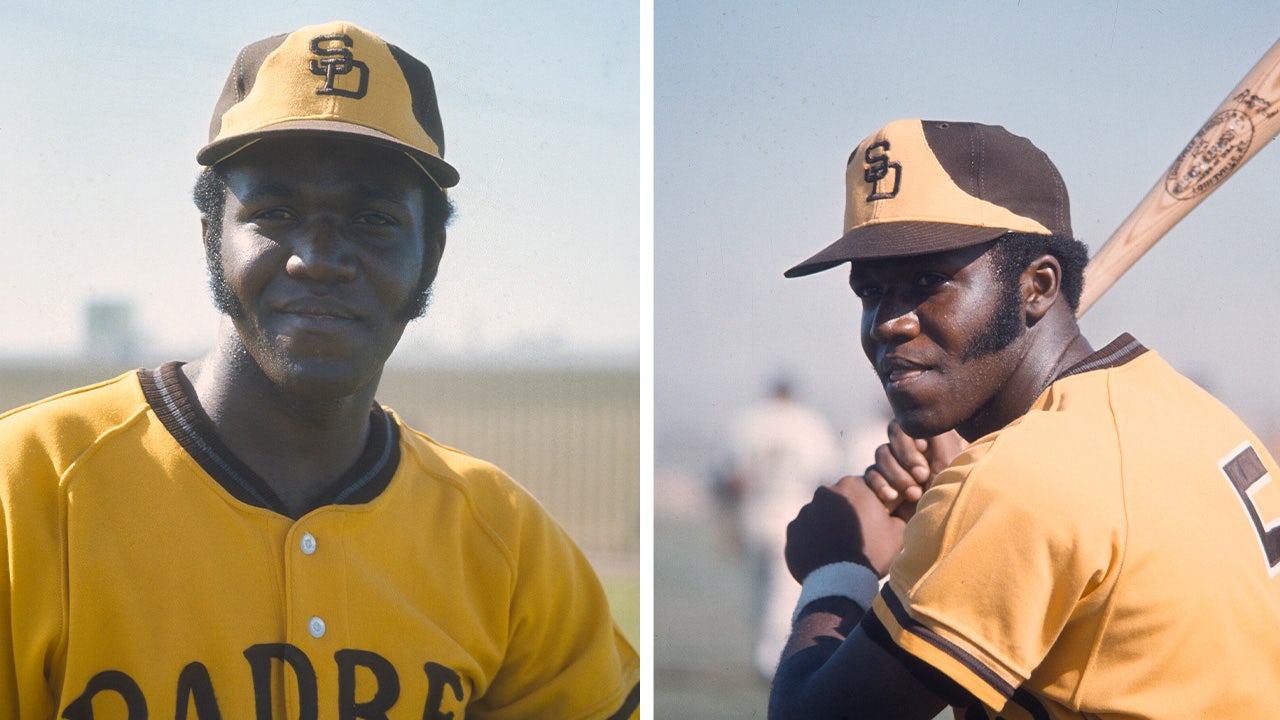 In a statement from the organization, Padres president Peter Seidler said: «We are deeply saddened by the passing of Padres Hall of Famer Nate Colbert. Our hearts go out to his wife, Kasey, and all the Colbert family at this very difficult time. «

Nate Colbert #17 of the San Diego Padres looks on during a Major League Baseball spring training circa 1969. Colbert played for the Padres from 1969 to 1974.
(Focus on Sport/Getty Images)

Colbert sits atop the Padres’ home run list with 163.

Colbert, a first baseman, was an original member of the Padres’ 1969 expansion team.

In 1999, he was inducted into the San Diego Padres Hall of Fame as a member of its inaugural class.

A detailed view of a San Diego Padres baseball cap and glove sitting in the dugout during a game against the Detroit Tigers at Comerica Park on July 25, 2022, in Detroit, Michigan.
(Mark Cunningham/MLB Photos via Getty Images)

A three-time All-Star, Colbert recorded 173 career home runs, along with 833 hits and a .243 batting average.