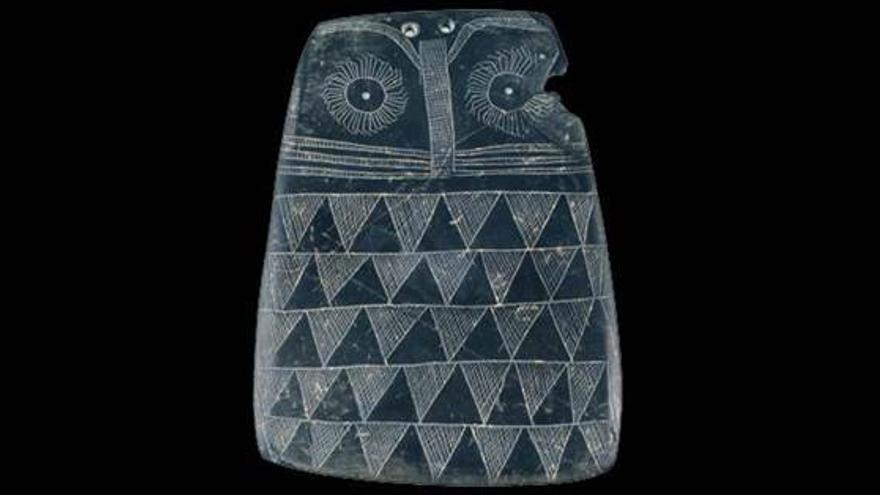 Owl-shaped slate plates from 5,000 years ago, found in prehistoric tombs in the southwest of the Iberian Peninsula, could have been created by children and used as toys, according to research published in the journal Scientific Reports.

The slate plates discovered in this investigation are representations of owls. In some of them, those with two large frontal eyes, owls modeled after two species present in the area can be clearly seen: the little owl ( Athene noctua ), and the long-eared owl ( asio otus).

All They were found in tombs and graves on the Iberian Peninsula and are between 5,500 and 4,750 years old.. Most (there are about 4,000 in total) have two engraved circles as eyes and a body outlined at the bottom that emulates plumage..

The study, led by John Joseph Black and carried out by researchers from the National Museum of Natural Sciences (MNCN), the University of Huelva and the Complutense University of Madrid, provides a new vision of the origin and use of these archaeological objects. Negro is a researcher at the Higher Council for Scientific Research (CSIC) at the Doñana Biological Station (EBD).

«Owls are a very different group of bird species from all others and are easily recognizable.» Due to their «peculiar anatomy, they have always been represented from the first engravings in caves 30,000 years ago until now in the same way: showing their frontal part, or with their heads turned and looking at the observer», comments Negro.

In the Copper Age, the plates engraved on slate will be massively reproduced in the extreme southwest of the Iberian Peninsula. For more than a century, scientists and archaeologists have speculated about its origin and they were expected to have ritual significance and to represent deceased deities or people. But after re-examining some of these figures, the team believes that could have been created by children changed into owl species present in the area and that they could have been used as dolls, toys or amulets.

The authors analyzed and classified a hundred figures and compared them with a hundred drawings by boys and girls between the ages of 4 and 13, and observed many similarities.

«The children have somehow perceived that the essence of an owl is that big head with two big eyes that look at you. They’ve been painted like this since they can hold a pencil. In prehistory they were probably represented like this since they learned to engrave a stone using another stone,» he explains. white williamMNCN researcher and co-author of the paper.

As for the two holes that these figures have in the upper part, the researchers believe that they would be used to insert feathers and represent the feathered tufts, similar to ears, that some species of owls present in the area have on their heads, such as the Long-eared owl or Asio otus.

«These slate plates, so Characteristics of the Copper Age in Iberiamay be part of the learning process to handle stone objects,» suggests Victor Diazresearcher at the Complutense University and also a member of the research team.

The fact that numerous plaques have been found in funerary contexts indicates that they can also be used as a tribute by young people to the deceased, to whom they gave objects that they had made themselves or to those who had a price, according to the study.

In addition, these figures could provide information on child behavior in Copper Age societies.

For the professor of Prehistory at the University of Seville, leonardo garcia san juanthis work is «of great conceptual and methodological simplicity» because it has only analyzed a few plaques of all those that have bimorphic motifs, which, in turn, are only 8% of these archaeological objects.

The professor, quoted by the Science Media Center of Spain, also criticizes the conclusion that these plates represent nocturnal birds because -he points out- it is based on «subjective appreciations» of the authors, such as the idea that events carried out by children after comparing them with drawings children from 4 to 13 years old.

For this professor, «the underlying idea in this work, derived from a condescending Eurocentrism abandoned more than a century ago, is that prehistoric art is childish.»