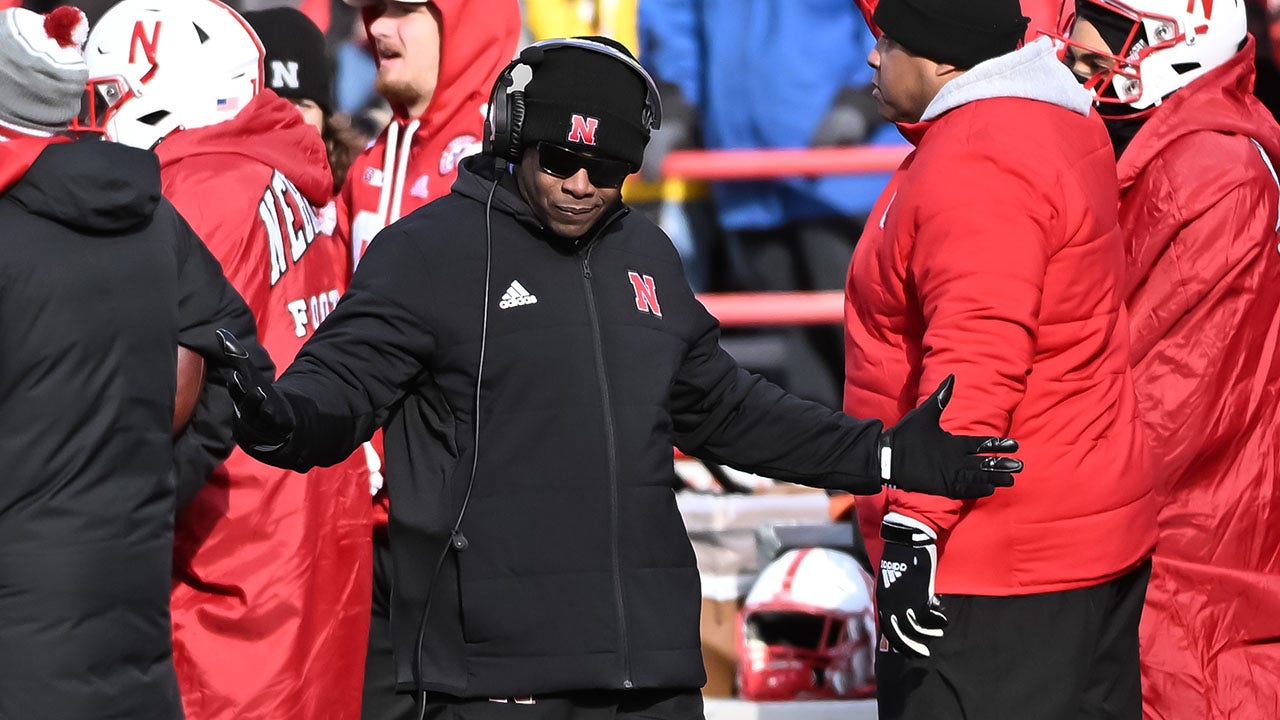 Joseph was taken into custody after officers responded to a domestic disturbance around 2 p.m. local time, the Lincoln Police Department said in a statement on social media.

Interim head coach Mickey Joseph of the Nebraska Cornhuskers walks on the sideline against the Wisconsin Badgers during the second half at Memorial Stadium on November 19, 2022 in Lincoln, Nebraska.
(Steven Branscombe/Getty Images)

After officers wrapped up their investigation, police said he was arrested on the charges.

Joseph had been Nebraska’s interim head coach for most of this season until the university hired Matt Rhule as its head coach.

«I have been made aware of the charges against Coach Joseph and, given the nature of the charges and in accordance with University policy, he has been placed on administrative leave.» Nebraska Athletic Director Trev Alberts he said on Wednesday. «We will have no additional comment at this time.»

No further details about the incident were released.

The 54-year-old was originally hired by the school as the wide receivers coach, associate head coach and passing game coordinator, but was tagged as the interim head coach on Sept. 11 after Scott Frost was fired.

There was a clause in his restructured contract that allowed him to return to his role as associate head coach, but that has yet to be officially exercised. Rhule has not said whether he would keep Joseph on his staff.

Head coach Mickey Joseph of the Nebraska Cornhuskers in action against the Rutgers Scarlet Knights during a game at SHI Stadium on October 7, 2022 in Piscataway, New Jersey. Nebraska defeated Rutgers 14-13.
(Rich Schultz/Getty Images)

Joseph was the Cornhuskers’ quarterback for 32 games from 1988-1991, but struggled on the stat sheet and was unable to stay healthy for most of his tenure at the school.

Interim head coach Mickey Joseph of the Nebraska Cornhuskers walks off the field after the game against the Illinois Fighting Illini at Memorial Stadium on October 29, 2022 in Lincoln, Nebraska.
(Steven Branscombe/Getty Images)

Nebraska went 2-6 while Joseph was the head coach.