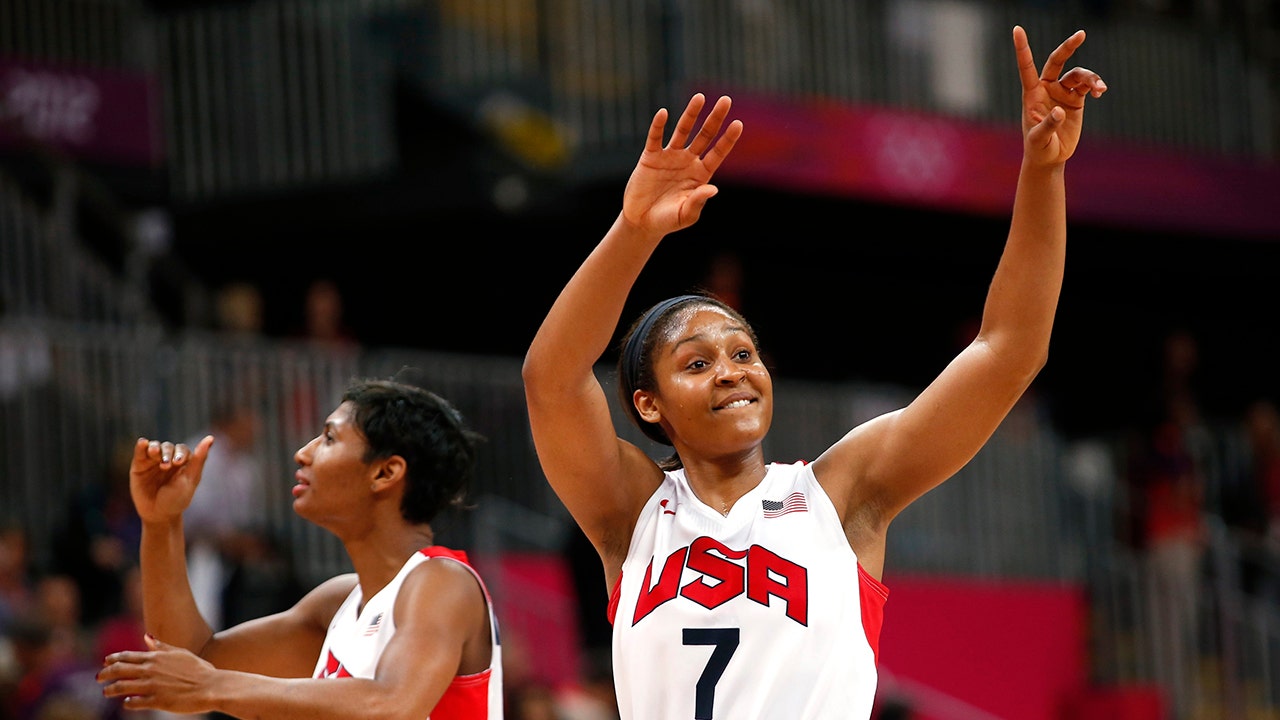 Maya Moore, a basketball legend who has won four WNBA championships and two gold medals, announced her retirement from the sport at age 33 on Monday.

Moore announced his decision on ABC’s «Good Morning America.» The former Minnesota Lynx star left the WNBA to help her now-husband, Jonathan Irons, win his release from prison by having his 50-year sentence vacated in 2020. The two married after his release and the couple had their first child. in July.

«Well, I think it’s time to end the life of professional basketball,» he said. «I stepped away four seasons ago, but I wanted to officially retire. This is such a sweet time for us and our family. The work that we’ve done, I want to continue it in our next chapter. To be a home to my community and my family.» «

Moore told reporters after the television appearance that she was too focused on her priorities off the court and playing basketball was not on her mind.

LETTER FROM BRITTNEY GRINER TO HER SUPPORTERS: ‘THANKS TO YOU, I NEVER LOST HOPE’

Maya Moore of the Minnesota Lynx in action against the Seattle Storm in the first half of a WNBA basketball game on September 10, 2013, in Seattle.
(AP Photo/Elaine Thompson)

«I was just trying to learn a new rhythm outside of playing, I didn’t really struggle with wanting to change that rhythm,» she said, adding, «I wasn’t just sitting around wanting to play again. I just felt such a sense of purpose.»

The Lynx selected Moore with the first overall pick in the 2011 draft. She was a four-time All-American, a three-time Wade Trophy winner, and a two-time NCAA champion with Connecticut before turning pro.

Moore guided the Lynx to four championships. She was a six-time All-Star and was the 2014 WNBA MVP. In her final season with the Lynx she averaged 18 points, 5.1 rebounds, 2.6 assists and 1.7 steals per game.

«On behalf of the Minnesota Lynx organization, I want to congratulate Maya on an incredible basketball career,» said Lynx coach and president of basketball operations Cheryl Reeve. «We will always cherish her time in the Lynx uniform and wish her the best as she continues the next chapter of her life.»

Maya Moore (7) and Angel McCoughtry (8) both of the USA wave to the crowd after defeating Canada in the women’s basketball quarterfinal match at the Basketball Arena, London during the London 2012 Olympic Games on August 7, 2012.
(REUTERS/Mike Segar)

She will be eligible for the Basketball Hall of Fame in 2024.

«Her four WNBA championships, six All-Star selections, an MVP award and a Finals MVP trophy are indicative of the kind of rare generational talent Maya brought to this league, but perhaps her greatest legacy is what she accomplished the most. beyond the game,» said WNBA Commissioner Cathy Engelbert.