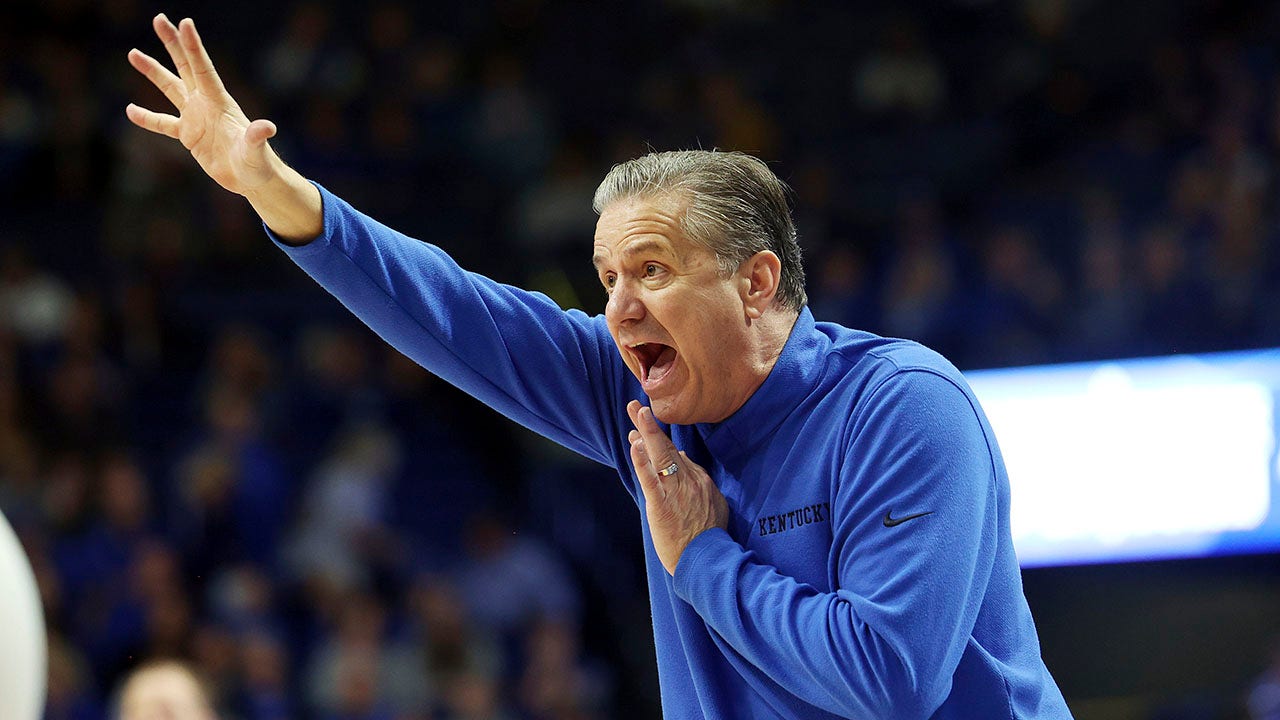 Kentucky men’s basketball coach John Calipari is one of the most respected leaders at his position in the current state of the college game, and he went to bat for a Division I newcomer on Tuesday.

Bellarmine University moved from Division II to Division I prior to the start of 2020-21. The school won the title in 2011 and made four Final Four appearances at the previous level. However, with NCAA rules requiring a four-year process before being able to compete in the Division I tournament, Bellarmine’s 14-8 record in 2020-21 and 20-13 record in 2021 -22 didn’t take them to the dance.

Sahvir Wheeler, #2 of the Kentucky Wildcats, dribbles the ball against the Bellarmine Knights at Rupp Arena on November 29, 2022 in Lexington, Kentucky.
(Andy Lyons/Getty Images)

Calipari said that was unfair.

«Let me say this: [Bellarmine coach Scotty Davenport] You’ve done a great job with that program. We all know that,» Calipari said, via the Lexington Herald Leader. «What’s disappointing, you know, if they win their league tournament again, they can’t get in… I’ve said it many, many times. If you do things for the kids, you’re never wrong.»

NO. 18 ALABAMA STUN NO. 1 NORTH CAROLINA IN A FOUR-TIME THRILLER EXTRA

He criticized the NCAA for not thinking more critically about the transition rule.

«Change it,» he added. «It’s not right for the kids. They should be able to be in that tournament, if they do what they did. They’re well trained. They’re great kids. I hope people will reconsider. Change the rule.»

Although Bellarmine lost to Kentucky 60-41, Davenport said everyone in the program is enjoying the experience of playing for some of the best schools in the country. The school also played at Clemson, Duke, and UCLA.

Kentucky head coach John Calipari leads his team during the second half of an NCAA college basketball game against North Florida in Lexington, Kentucky on Wednesday, November 23, 2022.
(AP Photo/James Crisp)

«Having us here is awesome,» Davenport said. «These young people will never forget this experience for the rest of their lives. Nine days: Cameron, Pauley, Rupp Arena, that’s Bellarmine University. People ask why. Because that’s what I think a show is about.»