JJ Watt’s brothers celebrate NFL star’s retirement ahead of final game: ‘This means the world to me’ 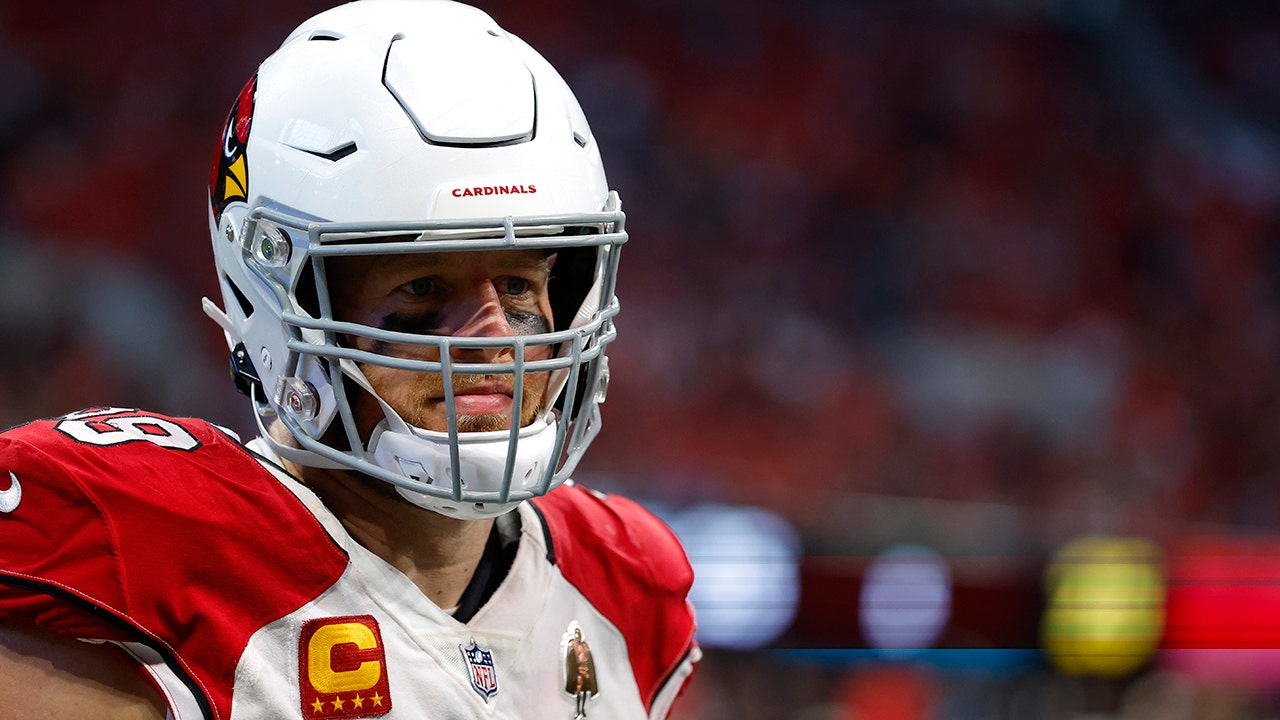 JJ Watt will play the last NFL game of his career when the Arizona Cardinals take on the San Francisco 49ers on Sunday and he got a surprise on social media.

Pittsburgh Steelers players TJ Watt and Derek Watt honored their brother JJ when they wore his Cardinals jersey number 99 before their own game against the Cleveland Browns. The Arizona star reacted to his brothers in a tweet.

TJ Watt, left, and Derek Watt of the Steelers talk with his brother JJ Watt of the Houston Texans after their game at Heinz Field on September 27, 2020 in Pittsburgh.
(Joe Sargent/Getty Images)

«Man oh man I wasn’t ready for this this morning,» he wrote. «I really couldn’t ask for two better brothers.

«This means the world to me.»

Watt joined the Cardinals in the 2021 offseason after spending his entire career with the Houston Texans. He played in seven games in 2021 and recorded one sack and 16 tackles. He looked more like himself in 2022, as he played in 15 games and posted double-digit sack totals (10.5) for the first time since 2018.

After 12 NFL seasons, Watt announced in late December that he was retiring.

JJ Watt of the Arizona Cardinals on the sideline during the Falcons game at Mercedes-Benz Stadium on January 1, 2023 in Atlanta.
(Todd Kirkland/Getty Images)

He continued: «My heart is filled with nothing but love and gratitude. It has been an absolute honor and a pleasure.»