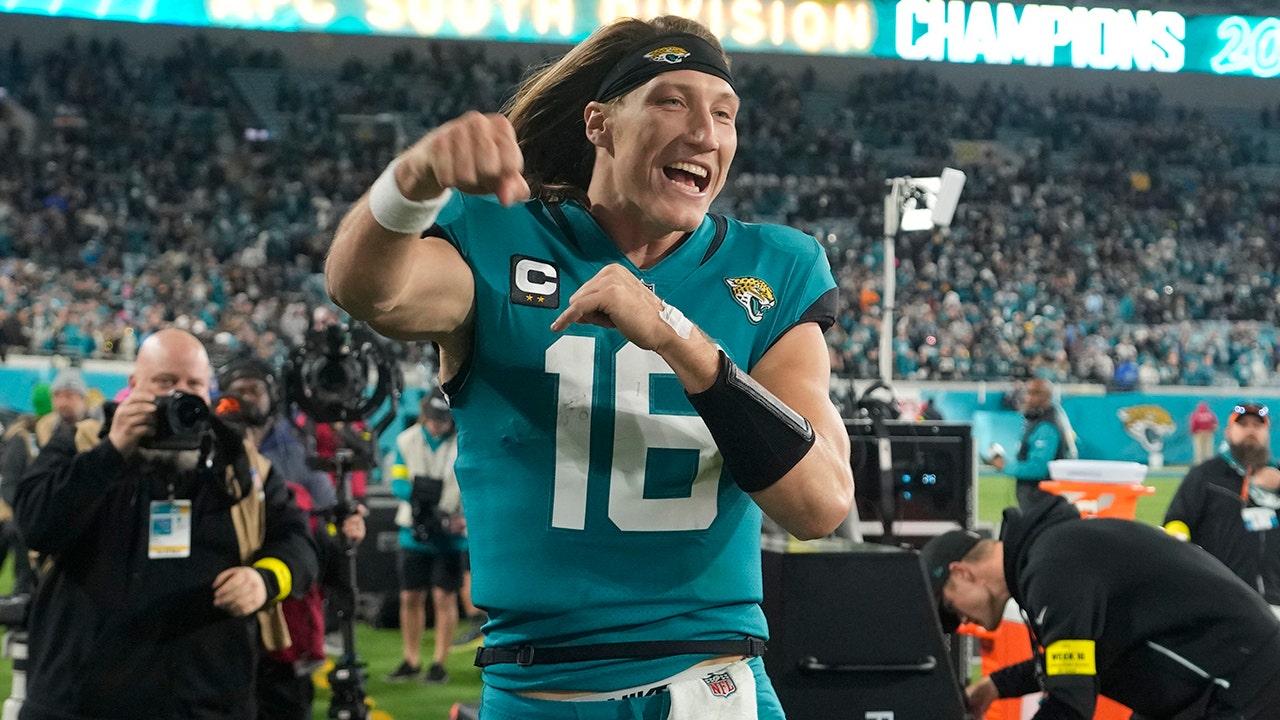 Jacksonville Jaguars quarterback Trevor Lawrence accomplished the unthinkable Saturday night in their wild-card round playoff win against the Los Angeles Chargers, but don’t ask him to do it again.

Lawrence had 288 passing yards, four touchdown passes and four interceptions and led Jacksonville in a second-half comeback after trailing by as many as 27 points. Three of Lawrence’s four touchdown passes came in the second half, including a 9-yard score to Christian Kirk. Riley Patterson kicked a game-winning 36-yard field goal.

«You couldn’t write a better script to win a game like that tonight, so it makes it more special, but I don’t want to do it again,» Lawrence said, via ESPN. «I have to take care of the ball. That’s where it starts.»

Lawrence added: «We said in the locker room that this is how our season goes. We’re never out of the fight… I’m a bit speechless, honestly, just to see what faith can do and see when.» a team believes in each other what they can achieve.»

Lawrence became the third quarterback in the Super Bowl era to throw four interceptions in the first half of a playoff game, joining Gary Danielson for the Detroit Lions and Craig Morton for the Denver Broncos.

«I had no choice,» Lawrence added. «These guys have sacrificed too much for me to be the reason we missed an opportunity.»

The Jaguars also became the first team to win a playoff game with a turnover differential of minus five or worse. Teams with that turnover deficit were 0-19 in the Super Bowl era.