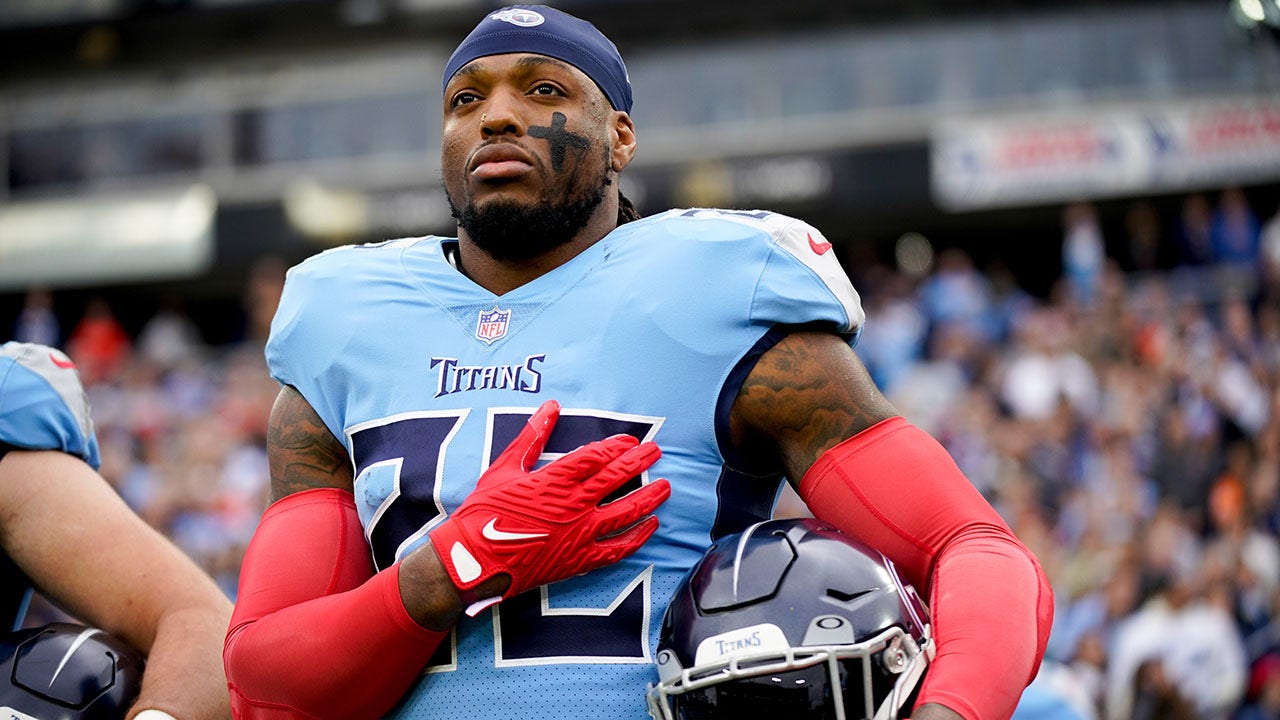 Tennessee Titans head coach Mike Vrabel doesn’t care much about your fantasy team at this point in the season. He cares about making the playoffs.

Star running back Derrick Henry has been demoted to doubt for Thursday night’s matchup between the Titans and Dallas Cowboys.

This news comes after Vrabel ruled out eight players for the game, including defensive tackle Jeffery Simmons and quarterback Ryan Tannehill, who has been dealing with an ankle injury.

Tennessee Titans running back Derrick Henry (22) gains long yardage after catching a pass during the second half of a game against the Green Bay Packers on November 17, 2022 in Green Bay, Wisconsin.
(AP Photo/Matt Ludtke)

Tannehill is doing everything he can to be ready in Week 18 to face the Jacksonville Jaguars in what will determine the winner of the AFC South.

That Week 18 battle is why Vrabel is being more cautious with his players this week. The week 17 game against the Cowboys makes no sense for the Titans.

Their playoff fate will be decided in their final game of the regular season, but the Jaguars feel the same way.

With Henry on the injury report with a hip injury, Vrabel and the Titans aren’t going to prove anything when the game has no playoff implications.

Tennessee Titans running back Derrick Henry runs 29 yards for a touchdown against the Houston Texans during the first half of a game on October 30, 2022 in Houston.
(AP Photo/Eric Gay)

After losing to the Houston Texans last week, their fifth straight loss, and Jacksonville defeating the New York Jets on the road, both teams are tied 7-8 on the season.

Even if the Titans lose and the Jaguars win this week, winning in Week 18 would send the Titans to the playoffs.

The Jaguars defeated the Titans in Week 14, so the head-to-head tiebreaker wouldn’t matter. The next tiebreaker is the division record. And if Jacksonville beats Houston this week, both teams will head into their Week 18 matchup with a 3-2 division record.

Tennessee Titans running back Derrick Henry listens to the national anthem as the team prepares to face the Cincinnati Bengals at Nissan Stadium in Nashville on November 27, 2022.
(George Walker IV/USA Today Sports)

The Titans seemed to have the division in lockdown until their losing streak began. It didn’t help that the Jaguars won three in a row, including a thrilling overtime against the Cowboys at home.

Now, both teams will make sure their key guys — quarterback Trevor Lawrence and running back Travis Etienne Jr. among Jacksonville — are ready to play next week.

As the reigning No. 1 seed in the AFC, the Titans would love to rectify their recent loss by beating the Jags and giving themselves a shot at the Vince Lombardi Trophy.

Jacksonville Jaguars’ Rayshawn Jenkins, left, hugs Trevor Lawrence on the field after a game against the Dallas Cowboys at TIAA Bank Field on December 18, 2022 in Jacksonville, Florida.
(Mike Carlson/Getty Images)

Lawrence has been one of the best quarterbacks in football of late, putting up a solid performance against the Jets that resulted in a 19-3 victory. In just his second year, Lawrence hopes to qualify for the playoffs for the first time.

This Week 18 matchup is win or go home, so the playoff atmosphere will be strong in Jacksonville.