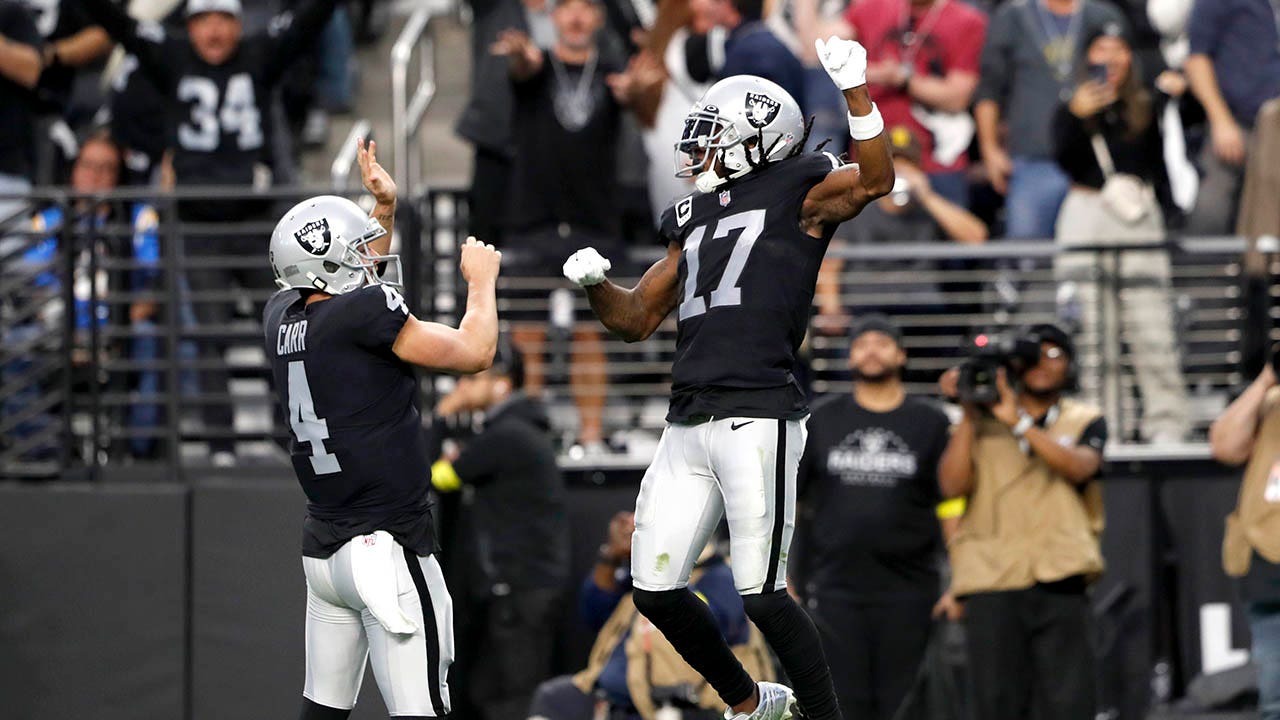 Davante Adams, NFL wideout veteran and longtime friend of Las Vegas Raiders quarterback Derek Carr, took to social media early Thursday morning to voice his support for Carr after Carr was benched for the remainder of the season.

The Raiders acquired Adams in a trade with the Green Bay Packers in March, reuniting him with former Fresno State teammate Carr. But what was expected to be an explosive season for a team eliminated in the first round of the playoffs last year turned into a nightmare situation that eventually led to Carr’s benching.

Las Vegas Raiders quarterback Derek Carr (4) throws against the Indianapolis Colts in the first half of a game in Las Vegas Nov. 13, 2022.
(AP Photo/David Becker)

«Obviously, I don’t think anybody was excited about it in here, him being one of my very good friends and the reason why I came here in the first place,» Adams told reporters Wednesday after the news broke.

«I mean I wouldn’t be here right now if he wasn’t here. So, I think everyone knows how I feel about him and, with that said, there’s a process of how things go. And I’m not going to sit here and go on and on, but obviously I support my guy.»

Adams later posted an image of the duo to Instagram and doubled down on his support.

«This man gave everything he had. The reason I’m a Raider…One of the most disciplined and loving people I know,» Adams wrote in the caption. «Got my bruddas back through whatever and if you can’t respect it (excuse my language), [expletive] you!!! Love u bruh.»

The Raiders announced Wednesday that Stidham, a former backup in New England, would be taking over as starting quarterback for Las Vegas’ final two games of the season.

«We’re all accountable to where we’re at,» coach Josh McDaniels said. «And I think this is more about an opportunity to see a guy that we haven’t seen play in a situation like this against a couple good teams, really good teams. Derek has played a lot of football. There’s a lot of evaluating that’s going to take place here once the season is over in terms of how we make the most progress, what makes the most sense for everybody and how we move forward.»

Davante Adams (17) of the Las Vegas Raiders celebrates with Derek Carr (4) after catching a pass for a touchdown during a game against the Denver Broncos at Empower Field At Mile High Nov. 20, 2022, in Denver, Colo.
(Michael Owens/Getty Images)

The Raiders will have until Feb. 15 to decide whether to release or trade Carr, who has a no-trade clause but could waive it. Or he would receive $33 million by 2023. A serious injury would guarantee that money, plus another $7.5 million by 2024. But his absence from him for the remainder of the season all but eliminates that problem.

The Associated Press contributed to this report.