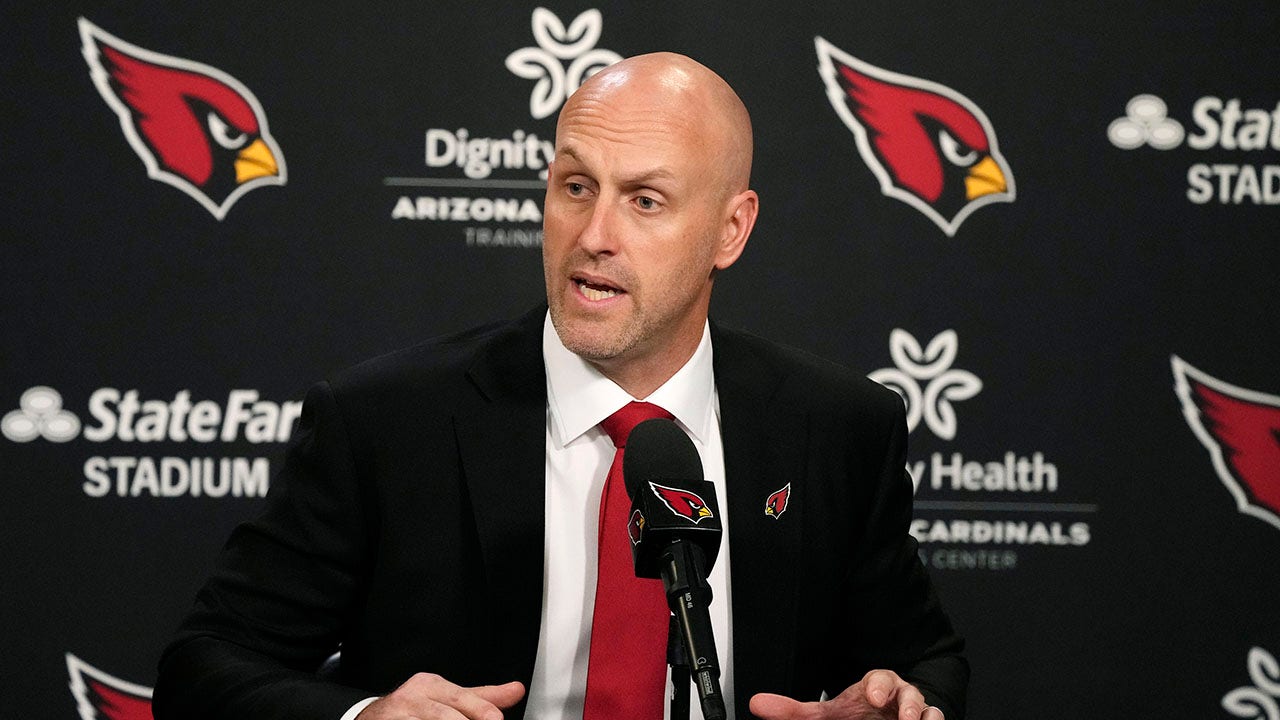 Newly installed Arizona Cardinals general manager Monti Ossenfort laid out what kind of players he will rebuild the roster with during his introductory news conference Tuesday.

«We’re not just collecting talent, we’re going to build a team,» Ossenfort said. «Ego will not be tolerated in this organization. [We want] people who are willing to put the team first every step of the way.»

Cardinals owner Michael Bidwill said he and Ossenfort agreed the team has recently suffered from a lack of accountability. Ossenfort spent the past three NFL seasons with the Titans, but got most of his executive experience in New England.

He served as the Titans’ director of player personnel from 2020 to 2022, joining the Patriots organization in 2003 before leaving to become an assistant scout with the Houston Texans.

Ossenfort rejoined New England in 2006 and worked in a variety of capacities through 2019.

He is credited with helping the Patriots win four Super Bowls during his tenure. The Cardinals have never won a Super Bowl, but they do have two NFL championships, the last of which occurred in 1947. The league’s championship games were held before the AFL-NFL merger.

Ossenfort didn’t specifically mention any current Cardinals players when he mentioned egos. However, the histrionics surrounding star quarterback Klyer Murray’s contract extension raised several questions about his leadership and commitment to the job.

Monti Ossenfort smiles as he is introduced as the new general manager of the Arizona Cardinals NFL football team during a news conference in Tempe, Ariz., Tuesday, Jan. 17, 2023.
(AP Photo/Ross D. Franklin)

Murray signed a five-year, $230.5 million contract extension in July. However, the Cardinals added an addendum that required the Pro Bowler to «complete at least four hours of independent study.» The team later announced that the clause was removed from the contract.

Murray was having one of the worst seasons of his career until he tore his ACL during a Week 14 game against the Patriots.

In February, NFL Network’s Mike Garafolo reported that several of Murray’s teammates were unhappy that the quarterback did not finish Arizona’s wild card playoff loss to the Los Angeles Rams. He was replaced late in the blowout loss by backup quarterback Colt McCoy.

After cleaning up his Instagram account following the 2021 season finale, Murray returned to social media a day after Super Bowl LVI and proclaimed his love for football.

Kyler Murray #1 of the Arizona Cardinals is carried off the field after being injured against the New England Patriots during the first quarter of the game at State Farm Stadium on December 12, 2022 in Glendale, Arizona.
(Norma Hall/Getty Images)

«I play this game for the love, my teammates, everyone who has helped me get to this position who believed in me (and) to win championships,» Murray wrote. «All this nonsense is not who I am, never has been, never will be. Anyone who has stepped between those lines with me knows how hard I go.»

«Love me or hate me, but I will continue to grow and improve.»

However, the newly appointed general manager doesn’t seem to be focused on all the drama surrounding Murray. Ossenfort said the most pressing issue is making sure Murray is healthy.

«But the first order of business is to keep Kyler healthy and help him in any way that’s possible.»