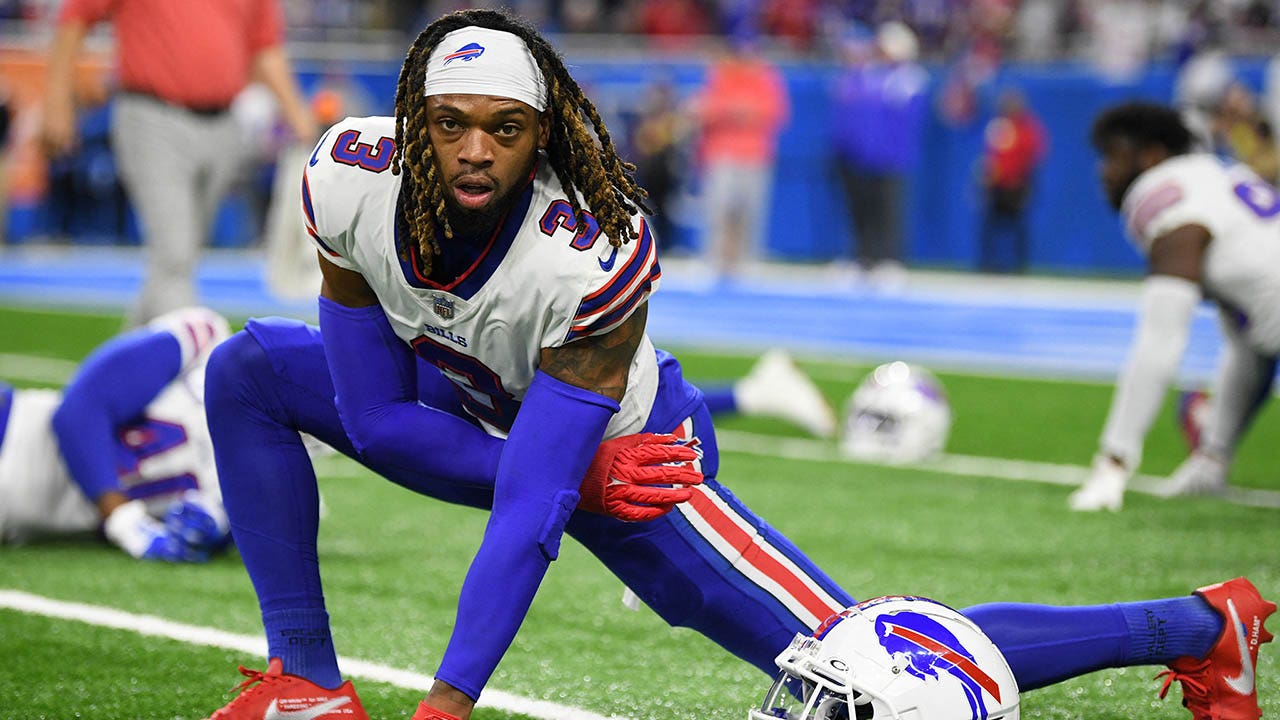 Damar Hamlin’s condition has improved at a Cincinnati hospital, according to her uncle, Dorrian Glenn.

Glenn told NFL Network Tuesday night that the Buffalo Bills safety remains in intensive care but has improved to 50 percent oxygen on a ventilator; previously it had been at 100 percent.

The 24-year-old is still sedated, but Glenn seemed optimistic about his nephew’s health.

“Right now, they put him on a ventilator, so they’re trying to get him to breathe on his own,” Glenn. told the network. «So, we’re taking it day by day. Still in the ICU. They’ve sedated him, so continue to give the medical treatment you’ve been doing.»

Glenn added: «Once I get out of ICU, I’ll feel better.»

Hamlin went into cardiac arrest at 8:55 p.m. on «Monday Night Football» against the Cincinnati Bengals after making a tackle on Tee Higgins; medical personnel performed CPR for nine minutes in the field before he was taken to a local hospital.

«I’m very, very grateful for the medical staff that have been working with him,» Glenn said of the «heartbreaking» events. «They’ve been really amazing and have helped with his recovery. It was a really scary scene to witness that yesterday as everyone in the country probably agrees. I would have felt the way I felt no matter who it was.» , but for being my nephew, man, that was an especially gut-punching thing to see. I’m thankful that he’s still here, still alive, and still fighting. We are just taking it day by day. and continue to allow medical staff to do what they do.»

Damar Hamlin of the Buffalo Bills walks into the tunnel during halftime against the Pittsburgh Steelers at Highmark Stadium on October 9, 2022 in Orchard Park, New York.
(Bryan Bennett/Getty Images)

In the aftermath of the terrifying incident, fans donated more than $5 million to Hamlin’s toy drive charity fund, created in 2020, with an initial goal of $2,500. Retailer Fanatics also said that all profits from Sale of Hamlin jerseysthat have shot up in the last 24 hours, they will all go to the foundation.

«It’s tremendous to see all the love and support my nephew has here,» Glenn said. «A lot of people don’t get a chance to see how loved they are while they’re alive, so for him to have a situation where they could have taken him, and he has a chance to go back and see all of that.» the love he received is truly unbelievable, and I can’t wait for him to see all the love and support people have for him. Not just in the area, but across the country and the world, it’s been amazing. «

Hamlin’s family issued a statement Tuesday expressing their «sincere gratitude» for the outpouring of support they received amid a «difficult time» for the family.

«On behalf of our family, we want to express our sincere gratitude for the love and support shown to Damar during this difficult time. We are deeply touched by the prayers, kind words and donations from fans across the country,» the statement read. release. .

Damar Hamlin of the Buffalo Bills during a game at Highmark Stadium on October 9, 2022 in Orchard Park, New York.
(Timothy T. Ludwig/Getty Images)

The game was officially postponed 66 minutes after Hamlin collapsed. The NFL announced Tuesday that the game will not be made up this week and that Week 18 will be played as regularly scheduled.