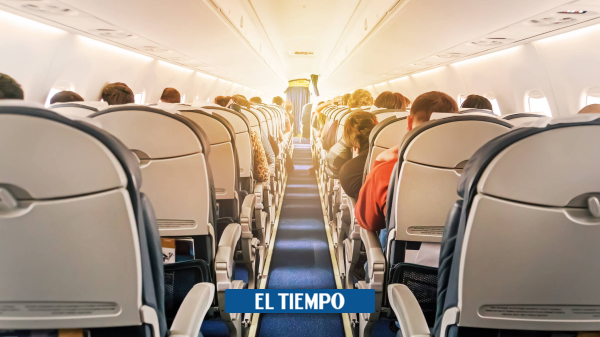 2023 will arrive with an increase in the prices of air tickets on behalf of the VAT increasewhich will go from 5 percent to 19 percent, as of January 1st.

According to the Minister of Transportation, Guillermo Reyes, one of the options that airlines are contemplating to Lower costs and not to significantly impact prices, is to reduce staff.

(Also read: As of November, Colombia achieved a record for passenger transportation through airports)

«Talking with airlines and tourism companies, they point out that one way they consider to not impact the price of tickets is reduce operating costs, personnel and equipment that they have in the airports”, he assured.

In addition, he stated that through the National Development Plan – which will be processed next year – the Government will look for the possibility of returning to implement a lower VAT rateas happened in 2021 and 2022.

(Also read: Hit the pocket: the cost of air tickets could rise up to 40% since January)

«Our focus is going to be, starting on January 2, meeting with the airlines, Iata and Anato to examine alternatives that we can adopt as a government policy in concert with all sectors,» he said.

The official also clarified that laying off staff is not a recommendation that the entity is making. «In no case does the ministry recommend anyone cut staff or cut costs. We must seek to generate competitiveness and lower fares to the maximum so that the air operation is not affected.»