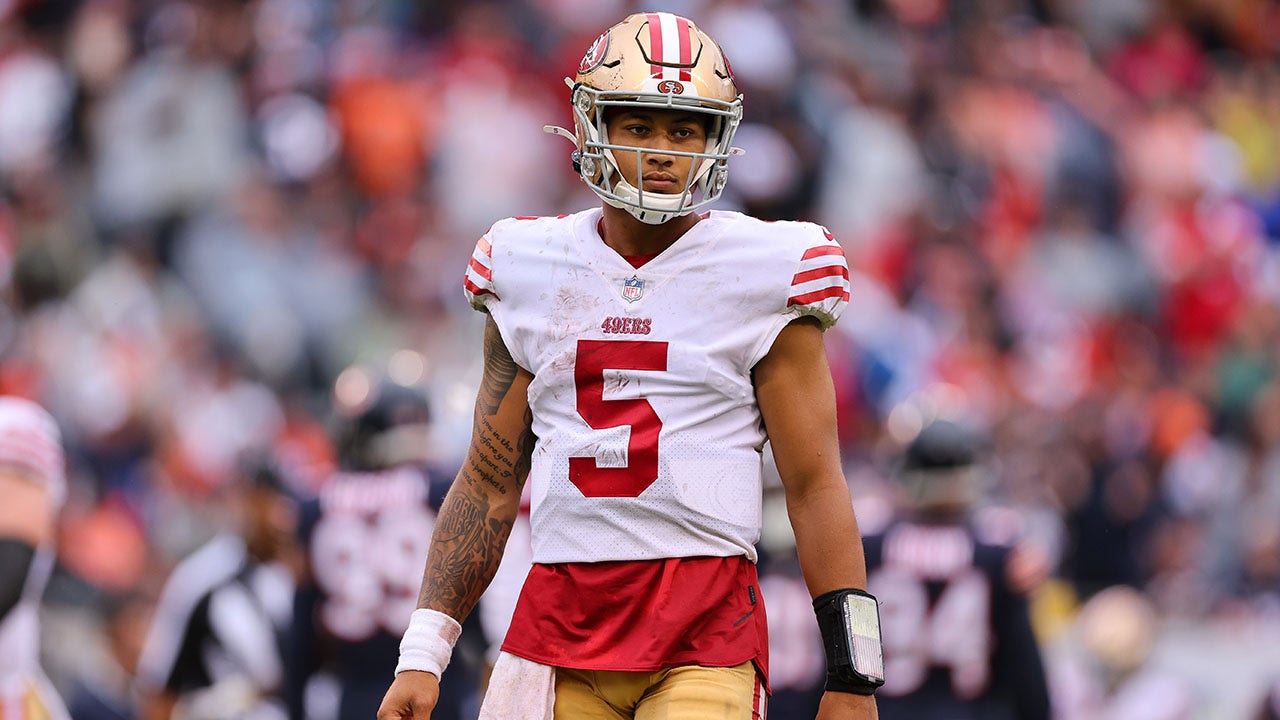 The Tennessee Titans have hired Ran Carthon as their next general manager.

Carthon succeeds Jon Robinson, who parted ways with Tennessee during the season. Carthon most recently worked as the director of player personnel for the San Francisco 49ers.

The Titans announced the signing Wednesday.

Shortly after the news broke, injured 49ers quarterback Trey Lance posted a cryptic message to his Instagram Story featuring three «fingers crossed» emoji along with a photo of Carthon.

San Francisco 49ers quarterback Trey Lance during the first half against the Chicago Bears at Soldier Field on September 11, 2022 in Chicago.
(Michael Reaves/Getty Images)

Lance suffered a season-ending ACL injury in Week 2. The team then turned to veteran quarterback Jimmy Garoppolo for several weeks until he suffered a foot injury on December 4.

Garoppolo later underwent additional tests which showed the quarterback did not sustain a Lisfranc injury, which would have required season-ending surgery.

The team then turned to rookie quarterback Brock Purdy for the remainder of the regular season. Purdy led the 49ers to a wild card playoff victory over the Seahawks this past weekend. Purdy has yet to lose a game since he stepped in as an emergency backup and appears to be on the fast track to being San Francisco’s opening day starter in 2023.

Even though the team traded multiple draft picks to select Lance in the first round of the 2021 draft, the second-year quarterback’s future in the Bay Area is uncertain. But the 49ers may not be eager to let Lance go.

The 22-year-old previously expressed well wishes to his teammates in social media posts that featured «fingers crossed» emojis. But it’s not clear if Lance was simply wishing Carthon well or hinting that he wanted to play for Tennessee.

Garoppolo surprisingly agreed to return to San Francisco this season, but he will hit free agency this offseason.

Carthon’s new team, the Titans, could leave behind veteran quarterback Ryan Tannehill and his expensive contract.

The Titans drafted Malik Willis in the third round last year, but he didn’t show enough to indicate he’s the long-term answer at quarterback.

Carthon is tentatively scheduled to be introduced at a news conference in Tennessee on Friday.